Sir Alexander Fleming (6 August 1881 – 11 March 1955) was a Scottish physician and microbiologist, best known for discovering the enzyme lysozyme and the world’s first broadly effective antibiotic substance which he named penicillin. He discovered lysozyme from his nasal discharge in 1922, and along with it a bacterium he named Micrococcus Lysodeikticus, later renamed Micrococcus luteus. His discovery of what is later named benzylpenicillin (or penicillin G) from the mould Penicillium rubens in 1928, is described as the “single greatest victory ever achieved over disease.” For this discovery he shared the Nobel Prize in Physiology or Medicine in 1945 with Howard Florey and Ernst Boris Chain. Fleming was knighted for his scientific achievements in 1944.
During World War I, Fleming with Leonard Colebrook and Sir Almroth Wright joined the war efforts and practically moved the entire Inoculation Department of St Mary’s to the British military hospital at Boulogne-sur-Mer. Serving as Temporary Lieutenant of the Royal Army Medical Corps, he witnessed the death of many soldiers from sepsis resulting from infected wounds. Antiseptics, which were used at the time to treat infected wounds, he observed, often worsened the injuries.
In an article he submitted for the medical journal The Lancet in 1917, Fleming described an ingenious experiment, which he was able to conduct as a result of his own glass blowing skills, in which he explained why antiseptics were killing more soldiers than infection itself during the war. Antiseptics worked well on the surface, but deep wounds tended to shelter anaerobic bacteria from the antiseptic agent, and antiseptics seemed to remove beneficial agents produced that protected the patients in these cases at least as well as they removed bacteria, and did nothing to remove the bacteria that were out of reach. Wright strongly supported Fleming’s findings, but despite this, most army physicians over the course of the war continued to use antiseptics even in cases where this worsened the condition of the patients.
At St Mary’s Hospital, Fleming continued his investigations into bacteria culture and antibacterial substances. As his research scholar at the time V.D. Allison recalled, Fleming was not a tidy researcher and usually expected unusual bacterial growths in his culture plates. Fleming had tease Allison of his “excessive tidiness in the laboratory,” and Allison rightly attributed such untidiness as the success of Fleming’s experiments, and said, “[If] he had been as tidy as he thought I was, he would not have made his two great discoveries.″

In the late 1921, while he was maintaining agar plates for bacteria, he found that one of the plates was contaminated with bacteria from the air. When he added nasal mucus, he found that the mucus inhibited the bacterial growth. Surrounding the mucus area was a clear transparent circle (1 cm from the mucus), indicating the killing zone of bacteria, followed by a glassy and translucent ring beyond which was an opaque area indicating normal bacterial growth. In the next test, he used bacteria maintained in saline that formed an yellow suspension. Within two minutes of adding fresh mucus, the yellow saline turned completely clear. He extended his tests using tears, which were contributed by his co-workers. As Allison reminisced, saying, “For the next five or six weeks, our tears were the source of supply for this extraordinary phenomenon. Many were the lemons we used (after the failure of onions) to produce a flow of tears… The demand by us for tears was so great, that laboratory attendants were pressed into service, receiving threepence for each contribution.″

His further tests with sputum, cartilage, blood, semen, ovarian cyst fluid, pus, and egg white showed that the bactericidal agent was present in all of these. He reported his discovery before the Medical Research Club in December and before the Royal Society the next year but failed to stir any interest, as Allison recollected:

’I was present at this [Medical Research Club] meeting as Fleming’s guest. His paper describing his discovery was received with no questions asked and no discussion, which was most unusual and an indication that it was considered to be of no importance. The following year he read a paper on the subject before the Royal Society, Burlington House, Piccadilly and he and I gave a demonstration of our work. Again with one exception little comment or attention was paid to it.’

Reporting in the 1 May 1922 issue of the Proceedings of the Royal Society B: Biological Sciences under the title “On a remarkable bacteriolytic element found in tissues and secretions”, Fleming wrote:

’In this communication I wish to draw attention to a substance present in the tissues and secretions of the body, which is capable of rapidly dissolving certain bacteria. As this substance has properties akin to those of ferments I have called it a “Lysozyme,” and shall refer to it by this name throughout the communication. The lysozyme was first noticed during some investigations made on a patient suffering from acute coryza’.

This was the first recorded discovery of lysozyme. With Allison, he published further studies on lysozyme in October issue of British Journal of Experimental Pathology the same year. Although he was able to obtain larger amounts of lysozyme from egg whites, the enzyme was only effective against small counts of harmless bacteria, and therefore had little therapeutic potential. This indicates one of the major differences between pathogenic and harmless bacteria. Described in the original publication, “a patient suffering from acute coryza” was later identified as Fleming himself. His research notebook dated 21 November 1921 showed a sketch of the culture plate with a small note: “Staphyloid coccus from A.F.‘s nose.” He also identified the bacterium present in the nasal mucus as Micrococcus Lysodeikticus, giving the species name (meaning “lysis indicator) for its susceptibility to lysozymal activity. The species was reassigned as Micrococcus luteus in 1972. The “Fleming strain” (NCTC2665) of this bacterium has become a model in different biological studies. The importance of lysozyme was not recognised, and Fleming was well aware of this, in his Presidential address at the Royal Society of Medicine meeting on 18 October 1932, he said:

I choose lysozyme as the subject for this address for two reasons, firstly because I have a fatherly interest in the name, and, secondly, because its importance in connection with natural immunity does not seem to be generally appreciated.

In his Nobel Lecture on 11 December 1945 he briefly mentioned lysozyme, saying, “Penicillin was not the first antibiotic I happened to discover.” It was only towards the end of the 20th century that the true importance of Fleming’s discovery in immunology was realised as lysozyme became the first antimicrobial protein discovered that constitute part of our innate immunity. (Wikipedia) 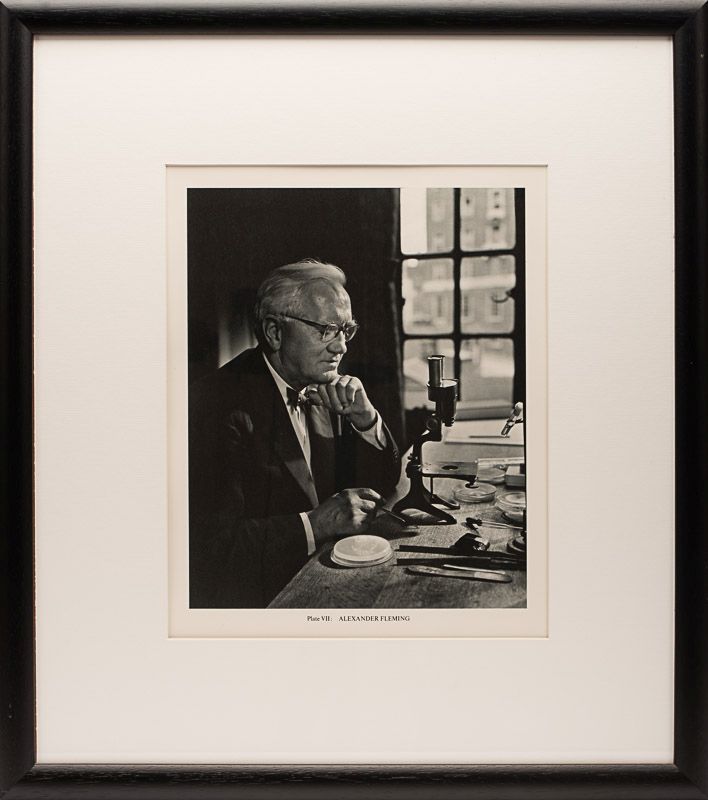 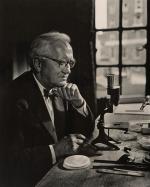