Noyce, The Springs of Adventure.

The Springs of Adventure.

Cuthbert Wilfrid Francis Noyce (31 December 1917 – 24 July 1962) (usually known as Wilfrid Noyce (often misspelt as ‘Wilfred’), some sources give third forename as Frank) was an English mountaineer and author. He was a member of the 1953 British Expedition that made the first ascent of Mount Everest.
By the age of eighteen, Noyce was already a fine climber, from 1935 regularly climbing with John Menlove Edwards of Liverpool. Before the Second World War, he helped Edwards to produce rock climbing guides to the crags of Tryfan and Lliwedd in Snowdonia. Like other leading British climbers of the prewar period, such as Mallory, Jack Longland, Ivan Waller and A. B. Hargreaves, Noyce became a protégé of Geoffrey Winthrop Young, attending his parties at Pen-y-Pass.

In the late 1930s, Noyce was one of a small band of Britons climbing at high standards in the Alps. He was well known for his speed and stamina, and in two early alpine seasons, 1937 and 1938, climbing with Armand Charlet or Hans Brantschen as his guide, he made major climbs in very fast times. In 1942, in North Wales, he achieved a non-stop solo climb of 1,370 metres. During this period Noyce wrote that he suffered three serious accidents:

The first was a fall of 200 feet with a damp ledge that came away on the Mickledore Grooves of Scafell in 1937, when I was nineteen years old. The last, in 1946, found me blown bodily by a gust off an easy rib of Great Gable, onto my leg, which crumpled and broke under me […] When I returned to the Alps and fells, it was often to introduce boys or to explore new corners. Though I still climbed rock, I preferred to be led at ‘Very Severe’ standard. The first fall refers to an incident when he was held on the rope by Edwards after falling, despite damage to the rope.
On 20 May 1957, together with A. D. M. Cox, Noyce made the effective first ascent of Machapuchare (6,993 m) in the Annapurna Himal, reaching to within 50 m of the summit before turning back at that point out of respect for local religious beliefs. Noyce and Cox also made the first ascent – via the north-east face – of Singu Chuli (Fluted Peak) (6,501 m) on 13 June 1957.[31] On 5 August 1959 Noyce, together with C. J. Mortlock and Jack Sadler, made the first British ascent of the Welzenbach route on the north face of the Dent d’Hérens. Some days later, on 15–16 August, the same party made the first British ascent of the north-east face of the Signalkuppe, the longest and most serious route on the east face of Monte Rosa.
Noyce made the first ascent of Trivor (7,577 m) in Pakistan’s Hispar Muztagh range in 1960 together with Jack Sadler.

Noyce died in a mountaineering accident together with the 23-year-old Scot Robin Smith in 1962 after a successful ascent of Mount Garmo (6,595 m), in the Pamirs. On the descent, either Smith or Noyce slipped on a layer of soft snow over ice, pulling the other, and they both fell 4,000 feet. (Wikipedia)

What provides “″the springs of adventure””? This is what Wilfrid Noyce, of Everest fame, sets out to explore. He finds varying answers in the writings of adventurers — and has compiled here a blending of his own many-faceted interests and experiences as touchstone for what others have said and done:– airmen, speleologists, frogmen and divers, explorers and of course mountain climbers- these provide his main channels of investigation. From their writings he has culled revealing passages. While this has not the personal adventure angle of autobiographical appeal, it does touch on a common urge of youth. (publisher) 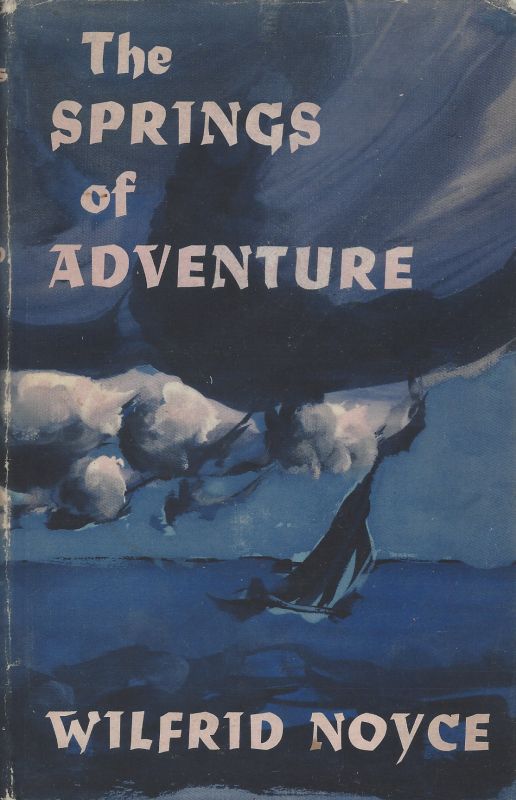 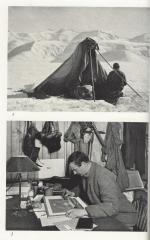