Keane, The Gold of Ophir.

The Gold of Ophir. Whence brought and by Whom?

Includes, for example, the following chapters: De Barros’ ‘Kingdom of Sofala’ – The Monomotapa and His Zimbabyes / Bent’s ‘Ancient Rhodesia’ – Its Monuments and Gold Workings / Burton’s ‘Gold Mines of Midian’ / Glaser’s ‘Havilah and Ophir’ / Lassen’s ‘India and the Golden Chersonese’ / The Himyarites and Their Monuments – Rhodesian Parallelisms / The Himyaritic Rock Inscriptions – Early Sabaean and Minean Culture – Echoes of Rhodesian Contacts / The Himyarites in Madagascar / The Jews and Phoenicians in Madagascar etc.

Augustus Henry Keane, a professor of Hindustani at University College London, was an Irish ethnologist and linguist, and vice-president of the Anthropological Institute. In this book – a contribution to Victorian-era scholarly debate concerning the mythical Ophir gold, which was the source of King Solomon’s famed wealth – Keane theorized that the source of the gold lay in the ancient Zimbabye lands, then part of the British Empire. 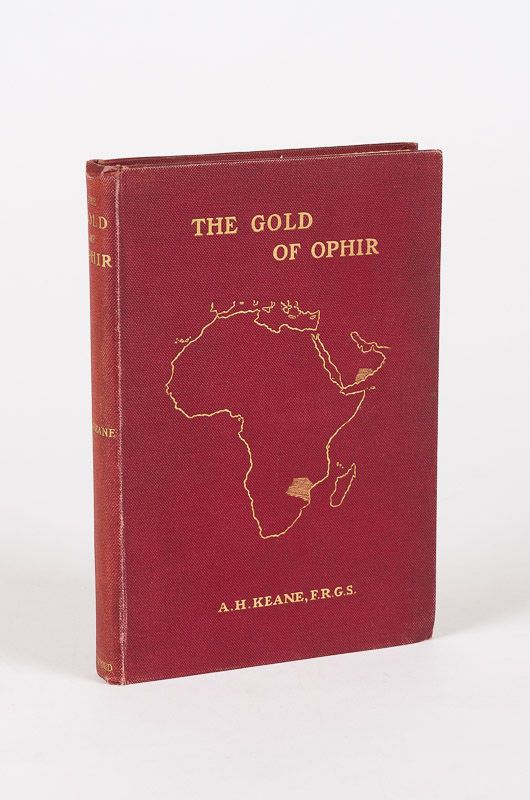