Barth, Travels and Discoveries in North and Central Africa.

Travels and Discoveries in North and Central Africa. Including Accounts of Tripoli, The Sahara, The Remarkable Kingdom of Bornu, and the Countries Around Lake Chad.

Account of the German philologist Dr. Barth’s travels in Northern and Central Africa. He traveled as part of a British government sponsored expedition.
Includes, for example, the following: From Tunis to Tripoli / Tripoli – The Plain and the Mountain-Slope; The Arab and the Berber / Residence in Murzuk / Dangerous Approach to Asben/ Journey to Agades / Bornu Proper / The Border Country of the Marghi / My Journey Home from Adamawa etc.

Heinrich Barth (1821-1865) is thought to be one of the greatest of the European explorers of Africa, as his scholarly preparation, ability to speak and write Arabic, learning African languages, and character meant that he carefully documented the details of the cultures he visited. He was among the first to comprehend the uses of oral history of peoples, and collected many. He established friendships with African rulers and scholars during his five years of travel (1850–1855). After the deaths of two European companions, he completed his travels with the aid of Africans. Afterwards, he wrote and published a five-volume account of his travels in both English and German. It has been invaluable for scholars of his time and since. 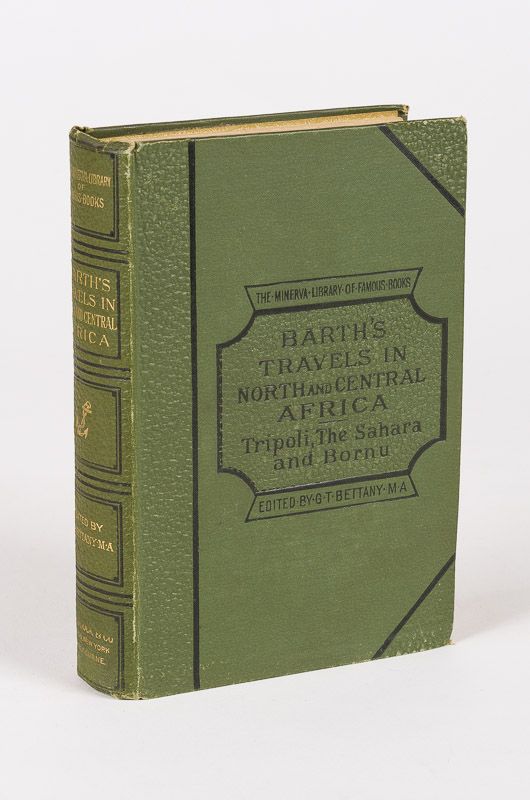