[Koeman II, 8615:2].
Hand-coloured border with latitudinal and longitudinal lines along margins. A highly decorative map of Morocco showing the kingdom of Morocco and kingdom of Fez. Cadiz and the southern part of Spain can be seen. Villages and towns are shown as miniature views, also mountains and rivers are engraved on the map. An active volcano is depicted above Campos de Anget.
Decorative title cartouche, adorned with two crowns, shows two satyrs, each holding javelins/poles flying blue pennant. Five ships are depicted off the Strait of Gibraltar. Ortelius is credited in the title as the map source 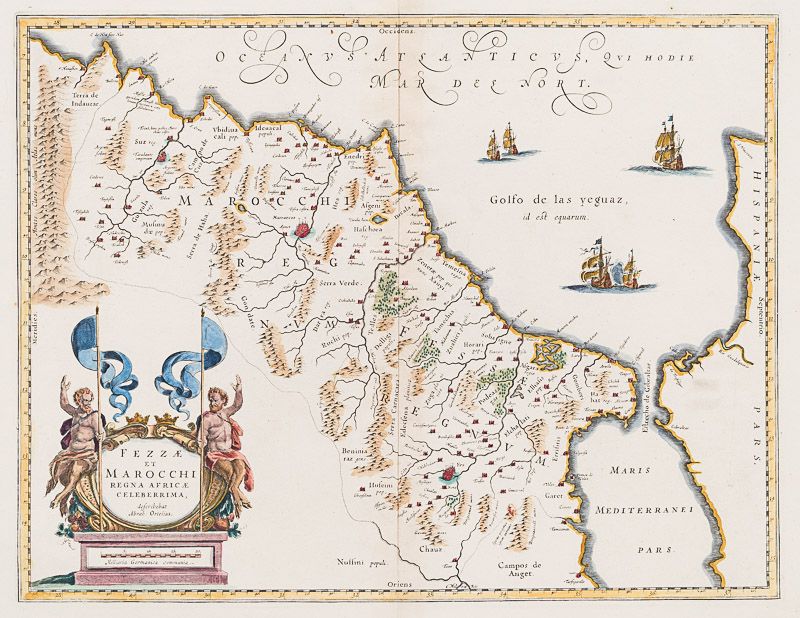 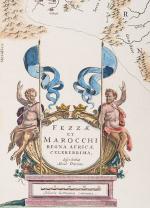