Published in conjunction with the exhibition and project entitled ‘Acts of Voicing: On the Poetics and Politics of the Voice’, Wurttembergischer Kunstverein Stuttgart, 13 October 2012 – 13 January 2013 and Total Museum of Contemporary Art, Seoul 2 May 2013 – 20 June 2013.

The publication is both a documentation of the project and an autonomous extrapolation of the subject. Whilst the intial concept was a project working on connections and exclusions between the visual arts, dance and theory and consisting of twelve-member core groups made up of artists, curators, choreographers, authors and theorists the voice ultimately made its way to the fore.

The exhibition ‘Acts of Voicing’ – and this publication – reflects the active, experiential and performative character of the voice. It is as much about the resistant voice as it is about the disciplined and the disciplining voice: about voices that are heard and others that are not. All of this basically revolves around the poetics and politics of the voice, which, according to one of the project’s theses, cannot be separated from each other.

The publication is divided into a text section and a catalogue section linked by pictures of the exhibition in Stuttgart and Seoul. 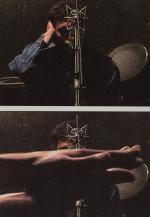 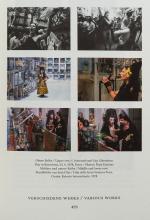 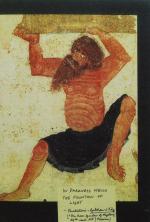 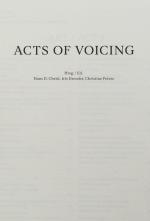 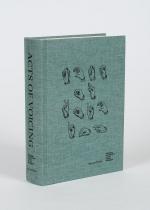