Le Brocquy, Personal copies of an early set of 18 photographs [contacts] of work

Louis le Brocquy (10 November 1916 – 25 April 2012) was an Irish painter born in Dublin to Albert and Sybil le Brocquy. His work received many accolades in a career that spanned some seventy years of creative practice. In 1956, he represented Ireland at the Venice Biennale, winning the Premio Acquisito Internationale (a once-off award when the event was acquired by the Nestle Corporation) with A Family (National Gallery of Ireland), subsequently included in the historic exhibition Fifty Years of Modern Art Brussels, World Fair 1958. The same year he married the Irish painter Anne Madden and left London to work in the French Midi.

Le Brocquy is widely acclaimed for his evocative “Portrait Heads” of literary figures and fellow artists, which include William Butler Yeats, James Joyce, and his friends Samuel Beckett, Francis Bacon and Seamus Heaney, in recent years le Brocquy’s early “Tinker” subjects and Grey period “Family” paintings, have attracted attention on the international marketplace placing le Brocquy within a very select group of British and Irish artists whose works have commanded prices in excess of £1 million during their lifetimes that include Lucian Freud, David Hockney, Frank Auerbach, and Francis Bacon.

The artist’s work is represented in numerous public collections from the Guggenheim, New York to the Tate Modern, London. In Ireland, he is honoured as the first and only painter to be included during his lifetime in the Permanent Irish Collection of the National Gallery of Ireland. Le Brocquy died on 25 April 2012 and was survived by his daughter Seyre from his first marriage (1938–1948) to Jean Stoney, and his two grandsons John-Paul and David; his second wife Anne Madden, and their two sons, Pierre and Alexis.
le Brocquy designed the covers for the albums Lark in the Morning and The Rising of the Moon. (Wikipedia) 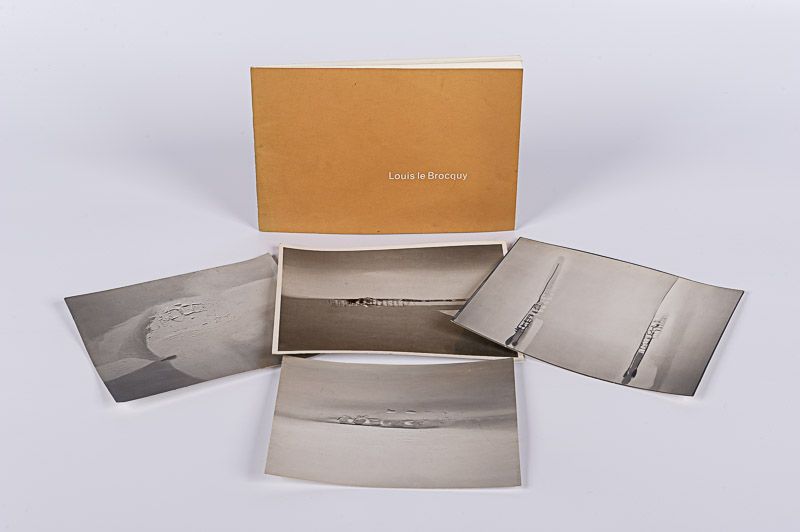 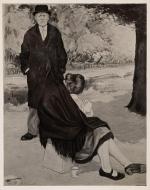 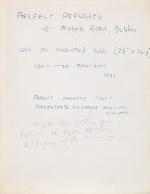 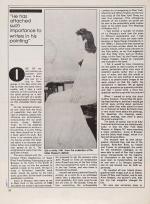 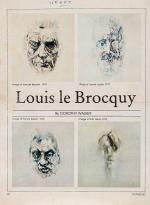 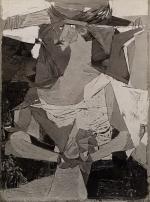 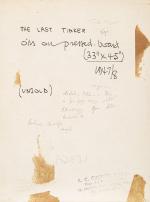