Hooke, The Roman History, From the Building of Rome to the Ruin of the Commonwea

The Roman History, From the Building of Rome to the Ruin of the Commonwealth [with the printed Dedication to Alexander Pope]. Illustrated with 17 folding Maps, 4 Fontispieces and 11 other Plates [32 copper-engravings in total].

The Fourth Edition. Four Volumes (complete set with all maps and plates). London, Printed for J. and R. Tonson; Hawkins and T.Longman, 1766 – 1771. Quarto (27 cm x 22 cm). Collation: Volume I: Frontispiece, XLVI, XLVI, 634 pages with 10 plates and 3 maps / Volume II: Frontispiece, XXXII, XXXII, 668 pages with 8 maps / Volume III: Frontispiece, VI, 694 pages with 5 maps / Volume IV: Frontispiece, VII, 464 pages plus 76 unnumbered pages of a General Index and 1 plate and 1 map. Hardcover / Original 18th-century leather with gilt lettering and labels on spine. Interior of this set with all maps and illustrations in excellent, very clean condition. The boards of the bindings with abrasions and some bumping but overall very firm. Some stronger peeling of the leather on board of Volume I, Only three pages with minor tears. The large map of Northern Africa (Palestine, Egypt and Libya) with a minor tear. Bookplate of Daniel Conner and his manuscript ownership notation on pastedown. The stunning maps and plates in timeless beauty. Highly underestimated work, in the shadow of Gibbon but with meticulous detail in presenting the geographical impact of the Roman Conquest.

Chapters, Maps and Plates included in this work are:

Volume I deals with “Remarks on the History of the Seven Roman Kings” and includes a number of excellent folded maps and several engravings illustrating Roman Warfare and Siege-Tactics:

Maps: 1. Folded Map of Latium / 2. Folded Map of Gallic Liguria with Germany’s Black Forest to the North / 3. Map of Great Greece (this being the south of Italy with Sardinia and Corsica and Greece only partially shown to the east)
Plates: 1. The beautiful, large and folded Plan of Rome (33 cm x 26.5 cm) – Titled: “A Plan of Rome, containing its several Additions from the time of Servius Tullius to that of its being taken by the Gauls” / 2. Roman Citizen’s in Toga /
Roman Warfare – Illustrations: 1. Rams / 2. Trictinium / 3. Roman Soldier and General / 4. Roman Army in Battalion Formation / 5. Roman Bucklers / 6. Covered Galleries / 7. Tower / 8. Terrassos /

Volume II includes the largest number of folded maps (all measuring c. 52.5 cm x 43 cm) and also the section with the “Fasti Capitolini” – “The Capitoline Marbles or Consular Calendars”:

Volume III includes “A Dissertation on the History of the First 500 Years of Rome” and includes 5 folded maps:

Volume IV includes two illustrations only but these are of importance and show:
1. Large Folded plate with the Battle of Pharsalia / 2. The Extra – Large folded map “Aeqyptus Antiqua – Libya” with an inset of Asia Minor (Turkey) and Palestine. This map measures 52.5 cm x 43 cm and has a minor tear only.

Nathaniel Hooke (c. 1687 – 19 July 1763) was an English historian. He was the eldest son of John Hooke, serjeant-at-law, and nephew of Nathaniel Hooke the Jacobite soldier. He is thought by John Kirk to have studied with Alexander Pope at Twyford School, and to have formed a lifelong friendship there. He was admitted to Lincoln’s Inn 6 February 1702. Caught up in the South Sea Bubble, he sought patronage. He dedicated to the Earl of Oxford a translation from the French of Andrew Michael Ramsay’s ‘Life of Fénelon’ (published in 1723), London. Other patrons were Hugh Hume-Campbell, 3rd Earl of Marchmont, Richard Onslow, 1st Baron Onslow, François Fénelon, Pope, George Cheyne, and William King, principal of St. Mary Hall, Oxford.
When Sarah Churchill, Duchess of Marlborough required help with her memoirs, Hooke was recommended to her. He accordingly waited upon the aged duchess while she was still in bed; on his arrival she caused herself to be lifted up, and continued speaking for six hours without notes. Hooke resided in the house until the completion of the work, which appeared in 1742 under the title of An Account of the Conduct of the Dowager Duchess of Marlborough from her first coming to Court to the year 1710. Hooke received from the duchess £5,000. During his time with her she commissioned him to negotiate with Pope for the suppression, for payment of £3,000, of the character of ‘Atossa’ in his ‘Epistles’. Owen Ruffhead stated (Life of Pope) that the duchess took a sudden dislike to Hooke because he attempted to convert her to Catholicism. John Whiston, however, asserted that at her death she left £500 a year to Hooke and David Mallet to write the history of the late Duke.
It was Hooke who brought a Roman Catholic priest to take Pope’s confession on his deathbed. Hooke was also friendly with Martha Blount, who left a legacy to Miss Elizabeth Hooke. Hooke died at Cookham, Berkshire, on 19 July 1763, and was buried in Hedsor churchyard, where a tablet with a Latin inscription to his memory was put up at the expense of his friend Frederick Irby, 2nd Baron Boston, in 1801.
William Warburton described Hooke as “a mystic and quietist, and a warm disciple of Fénelon”. Pope suggested that Hooke and Conyers Middleton were the only two contemporary prose-writers whose works were worth consulting by an English lexicographer.]

Hooke’s ‘Roman History, from the Building of Rome to the Ruin of the Commonwealth’ (Four volumes, London, 1738–1771, 4to), suggested itself to him while he was preparing an index to the English translation of François Catrou and Pierre Julien Rouille’s Roman History. The first volume was dedicated to Pope, and introduced by “Remarks on the History of the Seven Roman Kings, occasioned by Sir Isaac Newton’s Objections to the supposed 244 years of the Royal State of Rome”. The second volume is dedicated to the Earl of Marchmont, and to it are annexed the Fasti Capitolini, or the consular lists, discovered at Rome during the pontificate of PopePaul III in 1545. The third volume was printed under Hooke’s inspection, but was not published until 1764, after his death. The fourth volume was published in 1771, edited by Gilbert Stuart. The whole work was frequently reprinted; the latest edition, in six volumes, appeared in 1830. (Wikipedia) 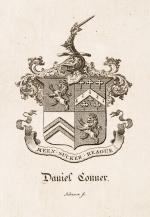 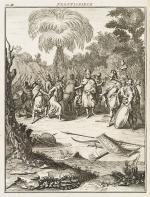 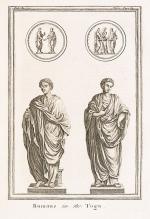 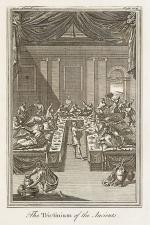 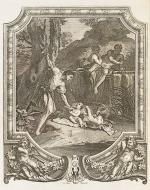 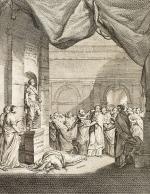 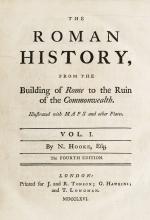 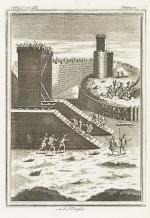 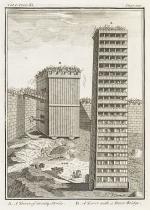 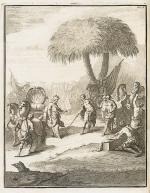 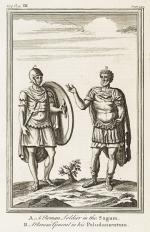 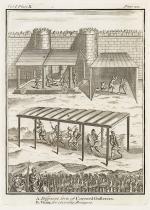 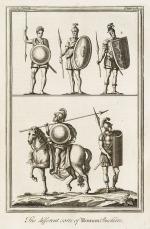