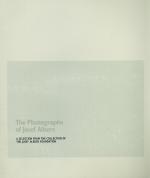 The Photographs of Josef Albers. A selection from the collection of the Josef Albers Foundation.

Vintage Photo Album of “Cruise No. 2 to ‘The Norwegian Fjords’ in June 1913 on the R.M.S.P. Arcadian”. Fantastic photo log book of one of the last trips for this beautiful passenger liner before she served with the Royal Navy and was sunk by a U-boat, the German submarine SM UC-74, in 1917. This luxury photoalbum was created by Davey & Hackney, Alexandra Palace, London. On 24 pages (stiff cardboard) with 44 vintage high-quality photographs, the cruise was documented by not only focusing on the natural beauty of Norway but also by documenting the captain (Captain Custance) and crew of the Arcadian, one large photograph shows the captain and all his officers. Some striking images of the ship itself are showing this liner in all its glory. The ship was built in 1899 by Vickers, Sons & Maxim Ltd. for the Pacific Steam Navigation Company as SS Ortona. This unusually luxury Album also documents in an appendix with a small map of Norway the Itinerary of the cruise. All mileage covered and dates the cruise would reach the scheduled destinations in Norway are mentioned (Grimsby, Wed. 18 June / Leith, 235 miles, Thursday 19 June / Aalesund 493 Miles Sat. 21 June / and so on and so on). The cruise would stop at Molde (Moldefjord), Aandalsnaes (Romsdalfjord) / Oie (Jorundfjord) / Hellesylt (Sunelvsfjord) / Merok (Geirangerfjord) / Olden (Invikfjord) / Loen (Nordfjord) / Mundal (Fjaerlandsfjord) / Balholmen (Sognefjord) / Gudvangen (Naerofjord) / Sundal (Maurangerfjord) / Norheimsund (Hardangerfjord) / Bergen / back to Grimsby on July 2nd, 1913 with a total of 2127 miles covered in 14 days. The photographs of the “Arcadian” are differing in size from a beautiful full ship image in 17.5 cm x 28.7 cm to detailed photographs of the deck in 11.5 cm x 16.4 cm; a nice photo of the “Arcadian’s” Launch (with small steem funnel), interior of the ship (Dining Salon), a photograph of a visiting steam Tender (″The Grimsby Tender”), Deck tennis – scenes, Playing Bull Board, Letting go the Anchor with two crew members. The quality of the photography in this Album is excellent.

London / Norway, Davey & Hackney Photo, 1913. Folio (25.5 cm x 32 cm). 26 cardboard sheets with foldable appendix. Hardcover / Green soft morocco with gilt letering on cover and ornament around the pastedowns of the inner boards. Some rubbing to the binding but overall in excellent condition with only minor signs of external wear.

Manuscript Autobiography, Diary and vintage photo album of the Chapman – Barwise Family. A cultured London woman’s autobiography and diary including a first hand account of ‘Fiesche’s attempt to assassinate Louis Phillippe’ which she observed while at school in Paris as a child. The manuscript has a mournful postscript by the man she left behind, her husband: ‘Alas! that I George Chapman should have to finish the record of so dear a Life…’ by Lucy Weston Barwise (1822-1876) wrote in a lockable, lined octavo notebook, crushed morocco, marbled endpapers and edges. Her autobiography was begun in January 1872 at one end of the book (16 pages); her diary appears at the other end of the book from October 22 1871-April 1874 with her husband’s postscript dating from June 1880. There is a second volume of family accounts in a lockable octavo sized ledger and a folio sized volume of family photographs, most unlabelled. Barwise’s autobiography recounts her education in Paris in the Rue Taitbout where she witnessed ‘Fiesche’s attempt to assassinate Louis Phillippe’ while watching from her music master’s house opposite the Porte St Martin, noting ‘the Duc D’Orleans [who] looked very handsome’ but shortly afterwards ‘heard a loud report and then a shout… general commotion but the crowd was so thick and immoveable’ and then ‘the King and stiff rode slowly back along the line but looking very white.’ It was only later that she discovered the casualties of ‘Fieschi’s infernal machine… It was a row of gun barrels arranged along a window so as to be discharged all at once.’ Barwise also watched the subsequent funeral from her attic window, the ‘open hearse with its draperies of black and silver’. The highlight of Chapman’s diary is a detailed account of the deaths she witnessed during the ‘Thanksgiving Day for the recovery of the Prince of Wales’ on February 27th, 1872, as seen from her husband George Chapman’s ‘office windows in Cockspur St’ behind Trafalgar Square which overlooked the procession. There she witnessed the lack of barriers and observes with horror the police charging into the surging crowd ‘The big policemen threw themselves against the men; the horses even made to dance and back heel it was a fearful struggle’with a baby almost crushed to death in front of her. There is an interesting secondhand account of Paris under the Commune via one of her daughters and frequent visits to London art exhibitions as on July 8 1871 where she saw an ‘exhibition of old masters at the Royal Academy… Crome, Ruysdael, heads by Moroni, of Titian’s Schoolmaster, Burgomaster by Rembrandt… the two heads.. by Giorgine belonging to Lord Ashburton, such colour and such expression. There are trips to Ascot and the Boat Race, a curry with friends in Wandsworth and a recitation by ‘Mr Bradman [of] the Merchant of Venice for the benefit of the Workman’s Club. It was very clever… Shylock was good but my recollection of actors, Charles Kemble, C.Kean &c made this more familiar and perhaps a little more like ranting’.

[London], c. 1871 – 1872. Octavo. Diary I: 44 pages / Diary II: 24 pages / Photoalbum: 48 pages with 120 original cabinet photographs (including a photograph of a british Forest School). Hardcover / Original full leather. All three Volumes slightly rubbed but all in very good condition. The cabinet photographs all in excellent condition and from dozens of different victorian photographers in Bath (Friese Greene), Bonn (Emil Koch), Astley (Photograpic Landscape Artist in Astley, Essex), and many others. The one diary is really a cash ledger of George Chapman where he kept track for the Chapman family with listings of expenses for Hampstead House, Henry Chapman, Edward Chapman, Oswald D. Chapman, Mrs. Barrett Chapman, Edith Louisa Chapman. 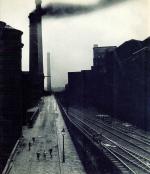 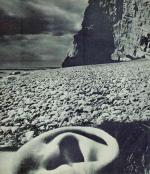 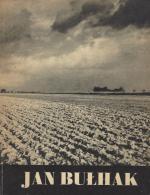