Minihan, Francis Bacon in London in 1985 on the steps of the Tate Gallery during

Francis Bacon in London in 1985 on the steps of the Tate Gallery during his second Retrospective [his friends Richard Chopping and Denis Wirth-Miller in the background]. 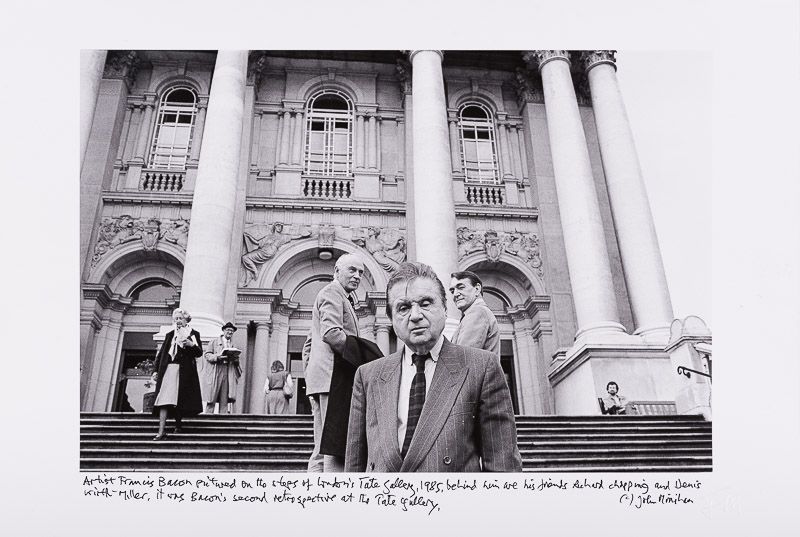