Cooperative Studies: Volume I: Co-operation and Nationality / Volume II: The National Being – A design for developing Ireland.

Includes for example the following essays: The Problem of Rural Life / The Rise of Agricultural Co-operation / Building up a new social order / Town and Country / The creation of Citizens / Women on the Land / Union of Men and Women Workers / Farmers and the State / Ideas of the New Rural Society / etc.

George William Russell (10 April 1867 – 17 July 1935) who wrote with the pseudonym Æ (sometimes written AE or A.E.), was an Irish writer, editor, critic, poet, painter and Irish nationalist. He was also a writer on mysticism, and a central figure in the group of devotees of theosophy which met in Dublin for many years. (Wikipedia) 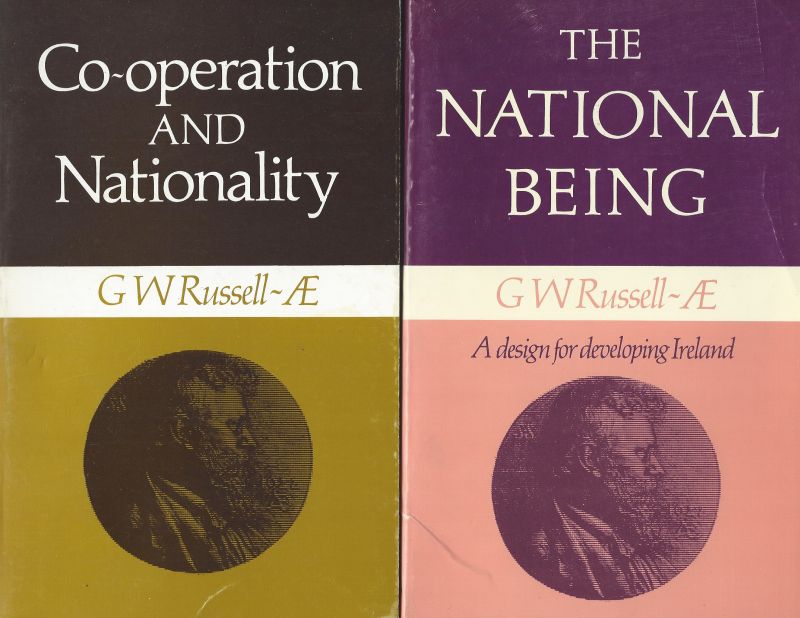