Ježek, Collection of seven (7) vintage, original scores of sheetmusic by this fa

Jaroslav Ježek (September 25, 1906 – January 1, 1942) was a Czechoslovakian composer, pianist and conductor, author of jazz, classical, incidental, and film music. Ježek was born in the Prague quarter of Žižkov to the family of a tailor. He was almost blind from a young age. He studied composition at the Prague Conservatory as a pupil of Karel Boleslav Jirák (1924–1927), at the master school of composition with Josef Suk (1927–1930), and shortly also with Alois Hába (1927–1928). Ježek met the playwrights/comedians Jan Werich and Jirí Voskovec (aka George Voskovec), leaders of the Osvobozené divadlo (Prague Liberated Theatre) in Prague, and took up the post of main composer and conductor for the theatre. During the next decade (from 1928 to 1939), he composed incidental music, songs, dances, and ballets for the comic and satirical plays of Voskovec and Werich. In 1934 he became a member of Czech Group of Surrealists. Forced to leave Czechoslovakia following the Nazi occupation, Ježek, Voskovec and Werich went into exile in New York City. He worked as a piano teacher and choirmaster there, and continued to work with Voskovec and Werich. In 1942, the long-ill Ježek died of chronic kidney disease in New York. On December 29, 1941, two days before his death, Ježek married Frances Becáková. He collaborated with many avant-garde artists of pre-war Czechoslovakia, such as Vítezslav Nezval and E. F. Burian.
His musical output is commonly divided into two parts. The first part of his work consists of chamber, piano and concertant compositions, created first under the influence of Stravinsky, of the Parisian Les Six and of Arnold Schönberg. Later he found his own, specific and modern expression. He also became a popular jazz composer in pre-war Czechoslovakia. He composed songs and dances for the revue plays of the Prague Free Theatre (The Ass and the Shadow, Caesar, The Headsman and the Fool e.g.) and also for the films of Voskovec and Werich (Powder and Petrol, The World Is Ours, Heave Ho!). His innovative melodies are well known in the Czech Republic to this day. Ježek was also evidently fascinated by American jazz. Between 1929 and 1936, possibly earlier, he organized and conducted an orchestra featuring his original jazz compositions and arrangements. Billed variously as “Ježek’s Jazz” and “Ježkuv swingband” they recorded for the Czech Ultraphon label, making some of the most original music in Europe. A few of these recordings deserve special mention. “Bugatti Step” (1930; Ultraphone A10166) is an up-tempo number for piano and jazz orchestra, enjoying enduring popularity as a hot jazz piano solo. “Ted ješte ne” (Not Yet) (1931; Ultraphon A10217) is rousing dance music in the Jean Goldkette or Coon-Sanders’ Nighthawks style. “Rubbish Heap Blues” (1937; Ultraphon A11421) shows that Ježek not only listened to Duke Ellington’s records, but was keeping up with Duke’s very latest work. “Rubbish Heap” features a Johnny Hodges-like alto sax and a Cootie Williams-like growl trumpet, plus a three-trombone section to complement the three trumpets. Ježek’s composition titled simply “Polonaisa” (1931; Ultraphon A10355) is a traditional Polonaise clothed in modern instrumentation, harmony and textures. It is as if Chopin and Gershwin had collaborated, the Polish dance rhythms mingling easily with hot syncopation. Ježek also turned the boys loose in records of his arrangements of well-known hot jazz standards, such as “Tiger Rag,” “Dinah” and “Chinatown, My Chinatown.” These recordings, very few of which could have survived the Nazi occupation and World War II, are almost completely unknown, at least in the United States. (Wikipedia) 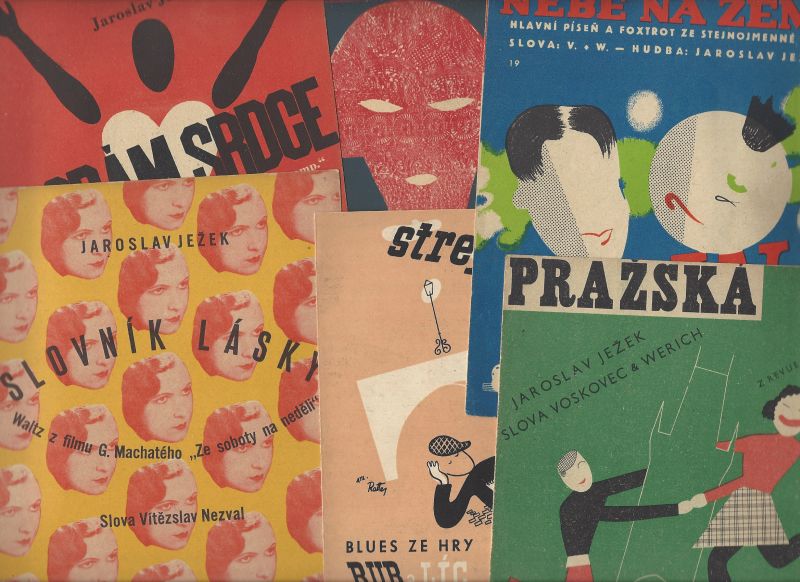 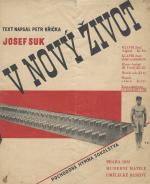