London, Richard Bentley, 1863. 12 cm x 19 cm. Frontispiece, XVI, 362 pages. The frontispiece is a colour-lithograph of El Kantara. Attractive hardcover [publisher’s original purple cloth] with gilt lettering and ornamental design on spine. Gilt lettering and richly decorative tooling on front board. Blind tooling on back board also. Pebbled boards. All edges gilt. Very good condition with only minor signs of external wear. Cloth frayed at spine head and tail. Slight cracking to gutter between front pastedown and endpaper. Binding still very good and firm. Some foxing to endpapers. Interior very clean and bright. Some untrimmed pages. Handwritten message on front endpaper reads “A Prize gained by Louisea Mells for Progress in her French studies, Xmas. 1869. Magdalen House.” An extremely rare, rather scarce, early publication by an Irish Woman Traveller in Africa who also lived and helped through the Irish Famine and was not only an early Feminist but also one of the first members of the Suffragette Movement.

An interesting book on French-ruled Algeria, during reign of Napoleon III, by a female traveller.
’Through Algeria’ is prefaced by a seven- page “Plea for lady tourists,” in which Crawford argued passionately for the right of female travellers to travel without male comapny. She witheringly dimisses the era’s social mores that prohibited women from fully following thier own paths and dreams in life: “[I]f the exploring of foreign lands is not the highest end or the most useful occupation of feminine existence, it is at least more improving, as well as more amusing, than the crochet-work or embroidery with which, at home, so many ladies seek to beguile the tedium of their unoccupied days.”

Crawford’s name does not appear on the title page; instead “Author of ‘Life In Tuscany’” is written. This exemplifies the conventional practice of female authors at the time to write under male pseudonyms or publish anonymously.

Sharman Crawford was an adventurer who liked to travel and took careful notes wherever she went. When she returned from a trip to Tuscany she wrote about it and published it as a book. She did the same with a trip to Algeria. Her charity work with her sisters during the Irish famine informed her views of the places she saw. Sharman Crawford was also a feminist who did not hesitate to call out where she saw sexist whether in the cultures through which she travelled or in her own.
Sharman Crawford was a member of the National Society for Women’s Suffrage as a central committee member. She researched into the subject of sentences and actions taken against men who beat their wives and used the results to write the article Maltreatment of Wives for the Westminster Review 139 in 1893. She was also an proponent of the Rational Dress Society.
Mabel Sharman Crawford died 14 February 1912 in Middlesex, England. (Wikipedia) 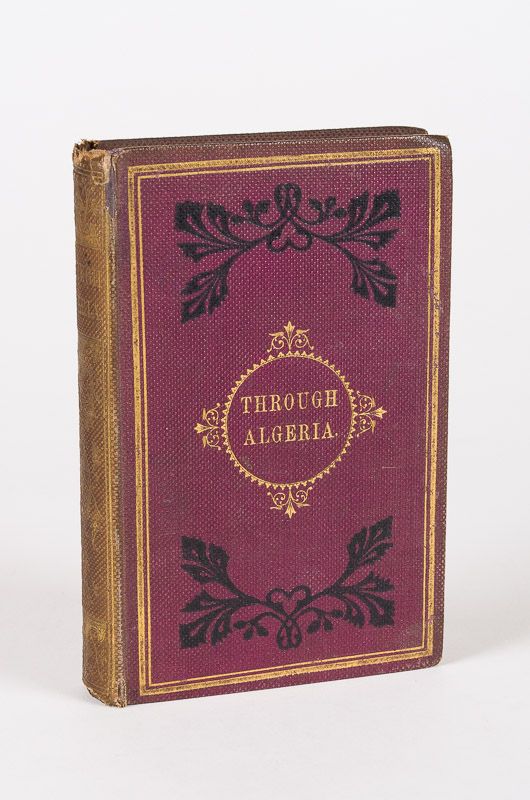