Includes, for example, the following: The Lure of the Gobi / The People of the Oasis / Life in a Moslem Inn / Collecting the Caravan / The Palaces and the Gardens / The Languages of the Trade-Routes / The Town of Turfan / The Moslem Rising of 1930 / In the Chapel of Meditation etc.

Mildred Cable (1878-1952) and Francesca French (1871-1960) wrote this remarkable travel book about their experiences of many years (1923-1936) as itinerant missionaries in the Gobi Desert, ranging across the modern-day Silk Road provinces of Gansu, Qinghai, Inner Mongolia, and Xinjiang. They, together with Francesca’s stster Eva, were the first English women to cross the Gobi Desert. Prior to this they had spent twenty years working as Protestant missionaries with the China Inland Mission in the Shanxi, where they became known as “the Trio.” The three pioneering missionaries visited and described sacred sites like the Flame Mountains, Jade Gate, Lake of the Crescent Moon, City of Sands, Caves of a Thousand Buddhas, and many more.
The Trio left China for the last time in 1936 after and were unable to return because in August 1938 all foreigners were ordered to leave that part of China by a local warlord. In 1943 the three ladies received the Livingstone Medal of the Royal Scottish Geographical Society. Other recipients of the medal, awarded for “outstanding service of a humanitarian nature with a clear geographical dimension,” have included Neil Armstrong, Edmund Hillary, Roald Amundsen, Ernest Shackleton, Robert Falcon Scott, and Robert Peary. (Jo Woolf, ‘Mildred Cable, Eva and Francesca French, from The Royal Scottish Geographical Society website) 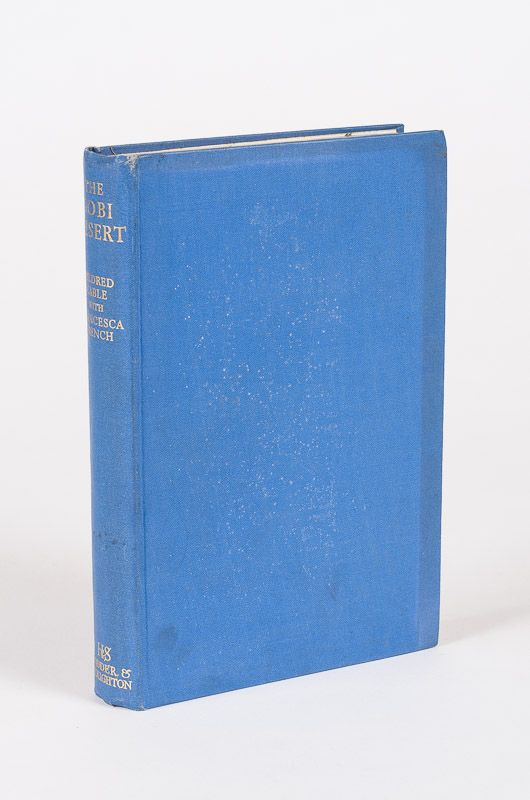