A very fine example of the first state of Seutter’s British Isles. Very detailed and interesting map of Britain and Ireland and the off-shore islands such as the Isle of Man, Orkney and Hebrides Islands. Never out of the picture when it came to the politics of these islands, the tip of France beneath the Pas de Calais can be seen squeezed in the lower right corner of the map. Latin and English used in the nomenclature. Rivers, headlands, towns and cities are identified and relief shown pictorially. The islands are delineated into approximate historic regions. Ireland is divided into the four provinces of Ultoniam, Connaciam, Lageniam, Momoniam (Ulster, Connacht, Leinster and Munster). Further sub-divisions inexactly correspond to our contemporary county borders: Cork and Kerry in the south to Antrim in the north. Britain is similarly divided into historic regions and kingdoms from Cornubia (Cornwall) in the south to Navernia in the Scottish Highlands.
In the top left of map three armorial coat-of-arms of England, Scotland and Ireland can be seen. A festooned and highly decorative title cartouche in the top right corner features a portrait of a beatific-looking King George I, flanked by classical figures and the armorial coat-of-arms of the House of Hanover. The lower left corner bears an inset box containing four bar scales and another highly ornate cartouche carry the Royal (Stuart) coat of arms of the United Kingdom accompanied by a dramatic scene in which Perseus on Pegasus is rescuing Andromeda from Cetus, the seamonster. A compass rose guards the mouth of the Irish Sea or St George’s channel.

Matthäus Seutter (1678-1757) was one of the most important and prolific German map publishers of the 18th century. Matthaus Seutter the elder first published his “Atlas Geographicus” in 1720 and added to the contents in subsequent editions under the title “Atlas Novus”. He was succeeded in his business by his son Georg Matthaus Seutter, and after his death his son Albrecht Carl inherited, but died early in 1762. Matthaus’ widow then sold the business to her sons-in-law Tobias Conrad Lotter and Johann Michael Probst, who eventually left it to M.A. Lotter Matthaus’ grandson. (Wikipedia) 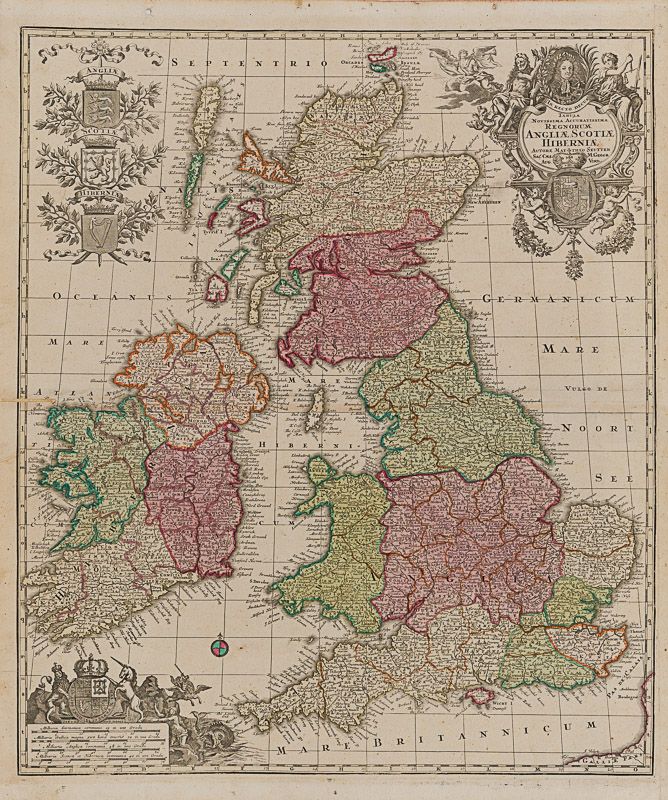 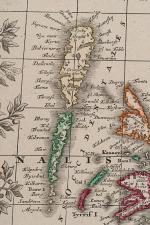 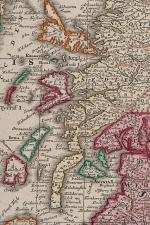 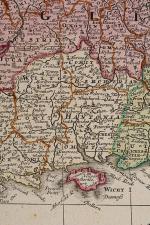 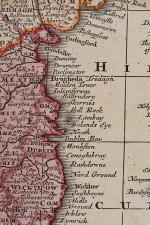 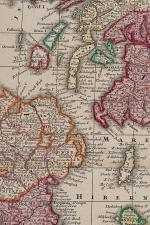 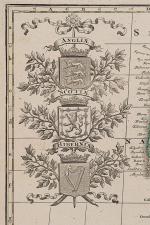 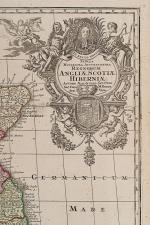