Luke, Sir Harry [Lukach, Harry] – ‘the most unwasted life of any man I have known’ – (Sir Ronald Storrs on Sir Harry Luke)

Large Archive / Collection of Sir Harry Luke’s personal letters, photographs and Ephemera from his 39 years of service for the British Colonial Office in Cyprus, Malta, Palestine, Sierra Leone, Fiji etc. etc., including working copies of his own publications, a typescript-manuscript of unpublished work (″The Englishman in the Levant – Being a Prose Anthology of the Near East”) and sensationally his very valuable manuscript-notebook of recipe-collections together with his working copy of the sought after cookery book “The Tenth Muse”.

The collection includes hundreds of unpublished letters, photographs, ephemeral items, manuscripts and as well as 60 books and numerous pamphlets, often not only annotated but also with loosely inserted manuscript letters, notes or drafts. The included pamphlets and ephemeral publications are scarce and often never offered on the international market. The collection furthermore includes original manuscript letters and typed letters addressed to Luke by important contemporaries such as Sir Ronald Storrs, vintage photographs of a private nature as well as for example the visits of the Prince of Wales (later Edward VIII) during Luke’s time at Sierra Leone. The collection is of great importance due to the presence of an abundance of letters Sir Harry Luke himself wrote home during his first travels through the near and middle east between 1908 and 1910. These letters from Luke’s inaugural middle eastern trip, together with an abundance of letters to his father and other family-members, written during his tenure at his postings throughout his career, were reunited with Luke’s private papers after the death of his parents and they are allowing an intimate glance into the life and thoughts of a british colonial officer during the most dramatic times within the mediterranean powder-keg in the 20th century (1908-1949). His presence in Palestine during the Jaffa Riots (1921), root of all Arab-Israeli conflict, the wailing-wall incident in 1928 (during which he disarmed the special jewish constables in the Palestine police) and his overall life as a career-diplomat, his passion for food and ceremonial and controversially his understanding for the Arab world, even though himself being of jewish descend, reflected in personal and official letters, make this collection a unique, extraordinary addition to every private or public library dealing with the near and middle east. This huge and important collection is in the process of being carefully catalogued in every detail and you can request a full list of items, images and bibliographies or simply follow the cataloging-progress of the collection on our company’s website under the section “Libraries & Collections”.

Luke, Sir Harry Charles (1884-1969), colonial governor, was born on 4 December 1884 at 6 Emperor’s Gate, London, the eldest child of Joseph Harry Lukàch (d. 1930), an international businessman of Hungarian descent, and his wife, Eugénie Caroline Zamarksa (d. 1940), of Vienna. On both sides Luke inherited cosmopolitanism, culture, and sensitivity. His features were always to be slight. In 1919 he changed his surname by deed poll from Lukàch to Luke.

From preparatory school Luke went to Eton College in 1898, where the lively teaching of the classics instilled a strong urge to Mediterranean travel. He went up to Trinity College, Oxford, in 1903. After obtaining a second class in modern history in 1906, Luke carried out an extensive tour in Greece, Turkey, Cyprus, Palestine, Syria, and northern Mesopotamia. This perambulation through the Ottoman empire during the last months of the regime of Sultan Hamid II provided Luke with a lasting feel for Near Eastern affairs. He returned home in May 1908, and in September took up the position of private secretary to the governor of Sierra Leone, Sir Leslie Probyn. So began an association of thirty-five years with the colonial service.

When Probyn went to Barbados as governor in early 1911, Luke accompanied him, but soon left with the intention of obtaining a position in Cyprus, whose Levantine atmosphere had already gripped his imagination. After attachment to the Colonial Office in London on coronation duties, Luke went to Cyprus in November 1911 as private secretary to the new governor, Sir Hamilton Goold-Adams. At the end of 1912 Luke moved to a junior administrative position in the secretariat. Particularly absorbing to him were researches with the chief cadi into the manuscripts in the main Muslim seminary in Nicosia. It was Luke’s rapport with Muslim notables which on 5 November made him an excellent choice, following Turkey’s entry into war against Britain, to draw up in appropriate language the necessary proclamation concerning the annexation of the island, and to inform the local mufti and his colleagues that they were no longer Ottoman citizens.

At the end of 1914 the Cyprus government agreed to loan Luke as interpreter on HM cruiser Doris, which inaugurated a peripatetic war career in the eastern Mediterranean and Aegean. His involvement in conferences with army intelligence in Cairo broadened his experience and afforded him useful contacts with such figures as W. H. Deedes, Aubrey Herbert, T. E. Lawrence, and Ronald Storrs. During several extensions of his period on loan as a political officer with the eastern Mediterranean Fleet, Luke was involved in the administration of the islands of Mudros and Lemnos during the Gallipoli campaign. In June 1916 he returned to Cyprus, where in the autumn of 1917 he was appointed commissioner of Paphos. He recalled this as the most congenial job he ever held, permitting ample scope for contact with a largely village population (Luke, 2.33). In 1918 Luke became commissioner for Famagusta. The same year he married Joyce Evelyn Fremlyn in the Anglican church of St Helena in Larnaca. They had two children, the elder of whom, Peter, gained renown for his play Hadrian the Seventh. The marriage was dissolved in 1949.

In the autumn of 1919 Luke was recruited by Admiral De Robeck as a political officer on his staff as high commissioner in Constantinople. It was Luke’s aptitude for gently placating Muslims which led to his drafting the proclamation for the allied military occupation of the city in March 1920. Some hectic and insecure months followed as British chief commissioner in the disturbed countries of Georgia, Armenia, and Azerbaijan; Luke later remembered the Armenian capital, Erivan, as ‘the saddest town’ he ever saw (Luke, 2.170). He was at heart more interested in the ethnography of the Caucasus than in its contemporary politics, and although De Robeck valued his services, in the Foreign Office Luke’s abilities were sometimes regarded more sceptically. When his secondment as chief commissioner ended, Luke sought the vacancy as chief secretary of Cyprus, and when he was not successful, accepted a post in the Palestine administration of assistant governor of Jerusalem under Sir Ronald Storrs.

Luke did much to protect the beauty of the Holy City. Jerusalem suited his fascination with eastern Christianity, and he enjoyed acting as a special commissioner respecting the affairs of the patriarchate of Jerusalem, The Times duly noting the anomaly whereby a Jewish high commissioner, Lord Samuel, empowered two Anglicans to give a ruling on orthodox canon law. Less consonant with Luke’s natural preferences was his participation in the commission of inquiry into the bloody Arab-Jewish disturbances of May 1921.

The Jerusalem job was not pensionable in the colonial service, and in February 1924 Luke was appointed colonial secretary in Sierra Leone. While there he resumed a previous interest in local bibliography; it also fell to him, as acting governor in September 1927, to sign the ordinance ending slavery in the protectorate. In May 1928 Luke was transferred to Palestine as chief secretary. Immediately on his arrival in that territory, the high commissioner, Lord Plumer, departed on completion of his tenure, leaving Luke as acting head of government to contain the riots which broke out by the Wailing Wall on 23 August. Luke described the decision to disarm the special Jewish constables in the Palestine police as the most difficult he had ever taken, and during the subsequent commission of inquiry he was stringently criticized by Jewish representatives. Although the report refuted these complaints, it was slightly lukewarm in concluding that there was no serious criticism to be made of Luke for the delay in mobilizing troops to restore order. In mid-1930 Luke was promoted to the post of lieutenant-governor of Malta.

Luke had a penchant for taking jobs just when they were becoming awkward and he arrived in Malta as it was gripped by controversy involving the rights of the Roman Catholic establishment, resulting in the suspension of the constitution for two years. He was attacked by nationalist newspapers in the island and expansionist organs in Italy. As lieutenant-governor, Luke took a close interest in the problems of the Maltese diaspora in the Mediterranean, visiting Tripoli, Tunis, and Corfu. He also furthered study into the antiquities of the island, and provided regular hospitality in his summer palace at Verdala during a time when Malta was a magnet for the peacetime Royal Navy. As acting governor, it pleased Luke in January 1936 to proclaim king Edward VIII in the throne room of the palace in Valletta. The following year Luke was offered the governorship of Mauritius, but refused on the understanding that he would be considered for the impending vacancy in Cyprus. This position subsequently went elsewhere, and in 1938 he became governor of Fiji and high commissioner in the Western Pacific.

Regretful at leaving the Mediterranean, Luke was none the less ‘thankful to be done’ with its embittered politics (Luke, 3.112). The Western Pacific had its own political problems, not least those posed by relations with the French. Tensions on this front eased when the administration in New Caledonia adhered to the Gaullist cause after June 1940, and Luke’s own Francophilia and savoir-faire assisted matters thereafter. Supervision of the local war effort did not stop Luke visiting every part of his hugely dispersed domain, except for remote Pitcairn Island. In June 1942 Luke resigned from his position. In thanking him for his services, the secretary of state for colonies highlighted the contribution he had played in preparing Malta for the present ordeal of war.

After his retirement in April 1943 Luke became chief representative of the British Council in the Caribbean. He chose Trinidad as his base, but never spent more than one week in any territory-his wanderings took him also to such ‘non-British’ places as Cuba, Haiti, the Central American republics, and Yucatan. After leaving British Council employment in 1947, he was able to extend his itinerary in South America with interludes elsewhere. He was very active as an office-holder of the order of St John of Jerusalem, being made a grand officer of merit of the sovereign military order in Rome in 1966. Yet no honour pleased him more in his closing years than his honorary fellowship at Trinity College, Oxford.

Luke’s literary output was prolific, extending even to a witty cookery compendium, The Tenth Muse (1954). Perhaps most enduring were his books on Malta (1949) and Cyprus (1957). His three-volume autobiography, Cities and Men (1953-6) was one of the most engaging, if not most revealing, of his generation. Ronald Storrs, whose experience was scarcely confined, said that Luke had lived ‘the most unwasted life of any man I have known’ (DNB). Luke was appointed CMG in 1926, knighted in 1933, and promoted KCMG in 1939. He was a DLitt of Oxford (1938) and an honorary LLD of the Royal University of Malta. Luke died in Cyprus on 11 May 1969; his ashes were interred in the crypt of the conventual church of the order of St John of Jerusalem in Clerkenwell, London. [Article by Prof. Robert Holland in ODNB] 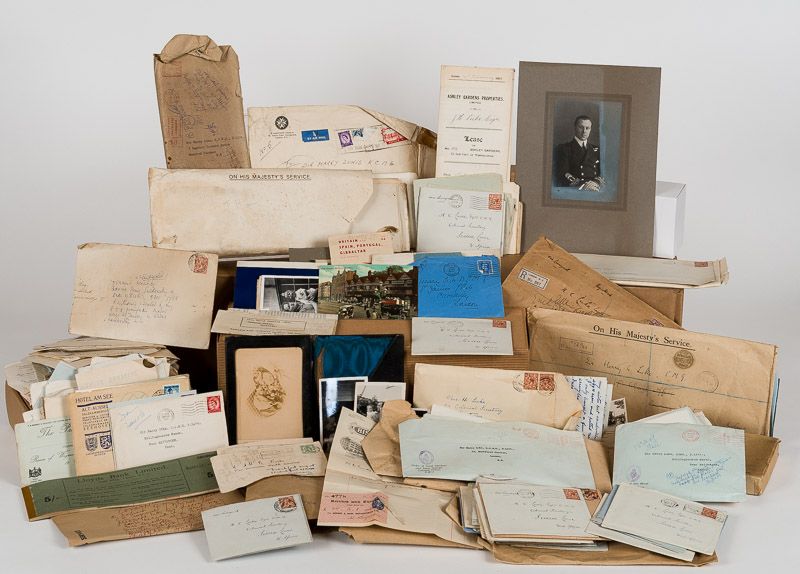 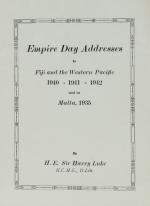 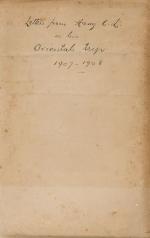 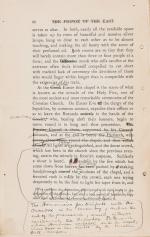 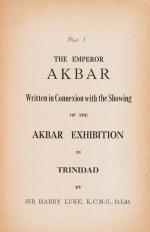 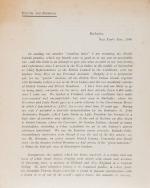 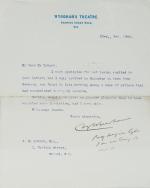 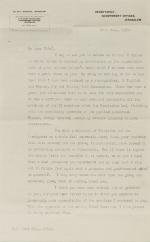 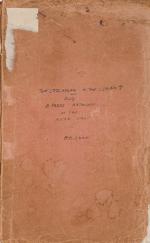 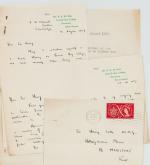 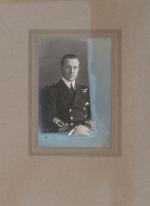 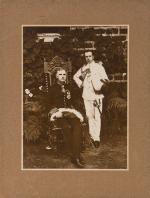 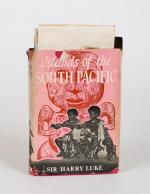 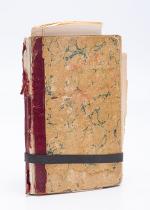 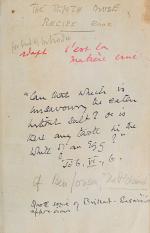 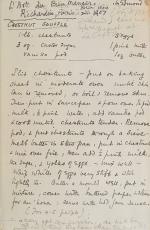