Includes for example the following essays: The Cold War as Ideological Construct / Bolsheviks and Moderaties / The “Unimportant People” / The Community of Nations / The Soviet Threat / The Drug War / Creeping Colonialism / Operation Just Cause: the Pretexts / Our Traditional Values / The UN Learns to Behave / Moderates and Nationalists / The Fruits of Victory: Central America / The Common Interests: 1980 / The 1990 Elections / “Rallying to Chamorro” / Within Nicaragua etc.

″From World War II until the 1980s, the United States reigned supreme as both the economic and the military leader of the world. The major shifts in global politics that came about with the dismantling of the Eastern bloc have left the United States unchallenged as the preeminent military power, but American economic might has declined drastically in the face of competition, first from Germany and Japan ad more recently from newly prosperous countries elsewhere. In Deterring Democracy, the impassioned dissident intellectual Noam Chomsky points to the potentially catastrophic consequences of this new imbalance. Chomsky reveals a world in which the United States exploits its advantage ruthlessly to enforce its national interests—and in the process destroys weaker nations. The new world order (in which the New World give the orders) has arrived.” (Publisher) 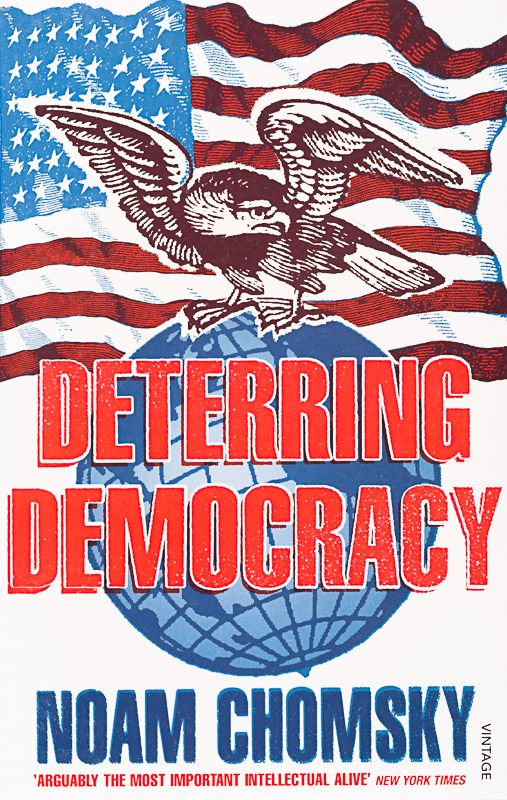