[Jefferson, History of the Independence of the United States of America. [Associ

History of the Independence of the United States of America. [Association copy with provenance – riddle: From the library of one John Garland Jefferson, being either the brother of American Civil War Hero Thomas Garland Jefferson and received as a gift from his namesake father, John Garland Jefferson (as stated on the endpaper in contemporary ink), with his name signed in ink to the fontispiece of Volume One or alternatively, being John Garland Jefferson (born 1815 – date of death unknown), the son of Captain Samuel Allen Jefferson (1776-1843)]. Translated from the Italian by George Alexander Otis. With ten illustrations and six maps.

Ninth Edition, In Two Volumes, Revised and Corrected. New-Haven, T.Brainard, 1839. Octavo. Volume I: Frontispiece, 473 pages with four maps and four illustrations (including frontispice) / Volume II: Frontispice, IV, 468 pages with six illustrations (including frontispice) and two maps. Hardcover / Original full eather with gilt lettering and ornament on spine and boards. Bindings a little rubbed. Lower spines stronger rubbed and only very slightly damaged but the Volumes and bookblocks overall very firm and in very good condition with only minor signs of external wear. Some plates and pages with foxing (as usual with this edition). Both tissue-guards for the frontispieces in place. A stunning set regarding the American War of Independence with an interesting provenance.

The illustrations include: Volume I: Landing of the Pilgrims at Plymouth / Map of Bunker Hill and part of Boston / Battle of Bunker Hill / Attack on Fort Moultrie, near Charleston, South Carolina / Map of New York and Long Island / Map shewing [sic] the situation of the armies in New Jersey, Pennsylvania and Delaware / Washington and his army crossing the Delaware / Map shewing [sic] the route of Burgoyne at Saratoga / Volume II: Portrait of George Washington, engraved by A.Daggett from the original painting by Colonel Trumbull / Battle of Saratoga / Putnam’s Escape / Storming of Stoney Point / Map shewing [sic] the Seat of War in the Southern States – with an inset map showing the Plan of the Siege of Charleston, South Carolina / Capture of Andre / Plan of the Investment & Attack of York in Virginia / Surrender of Lord Cornwallis // 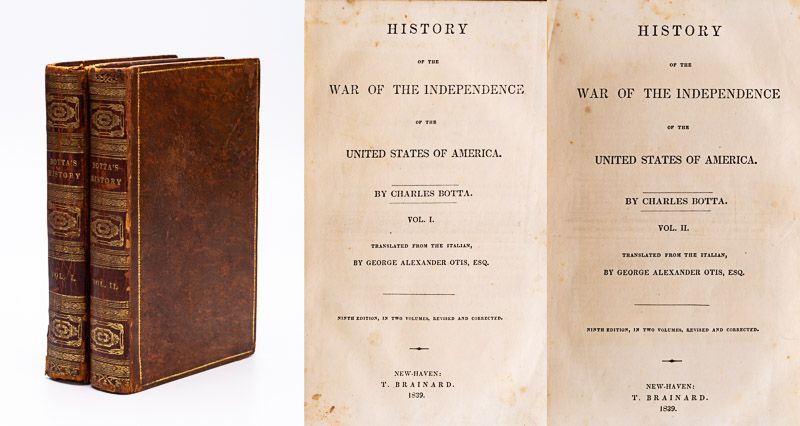 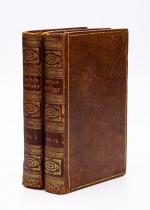 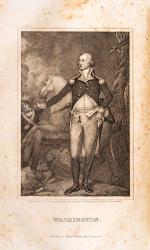