Leland, The History of Ireland from the Invasion of Henry II - With a Preliminar

The History of Ireland from the Invasion of Henry II – With a Preliminary Discourse on the Antient [sic] State of That Kingdom. [With Appendices listing historical sources like “Magna Carta Hiberniae” etc]. By Thomas Leland, D.D. – Senior Fellow of Trinity College and Prebendary of St.Patrick’s, Dublin.

First Edition. Three Volumes (complete set). London, Printed for J. Nourse, Bookseller to his Majesty, in the Strand, T. Longman and G.Robinson and J. Johnson, 1773. Quarto. Pagination: Volume I: [52],LVI, 388 pages / Volume II: [4], 516 pages / Volume III: [4], 664, [30] pages (Including Index). Hardcover / Original 18th century boards with gilt lettering and ornament on spine. Armorial bookplate of Daniel Conner on pastedown of each volume. Very good condition with some signs of external wear and some rubbing. Only occasional signs of foxing. A rare and important irish history from the library of Daniel Conner, signed and dated by Conner on the pastedown of each Volume in Oxford, 1773.

Thomas Leland (1722–1785) was an Irish historian, translator and academic and the author of the early gothic novel ‘Longsword, Earl of Salisbury: An Historical Romance’, published in 1762. Longsword is set in Gascony and in England, during the reign of Henry III of England and in his monograph “Gothic Readings, The First Wave 1764-1840, Rictor Norton writes that “….some would argue that Thomas Leland’s ‘Longsword, Earl of Salisbury’ (1762) – subtitled “A Historical Romance”, was really the first Gothic novel”.

Leland was born in Dublin and educated at Thomas Sheridan’s school and then at Trinity College, where he became Professor of Oratory in 1763. He translated the Orations of Demosthenes in three volumes and wrote a life of Philip of Macedon in 1758. He wrote an influential History of Ireland from the Invasion of Henry II in 1773. His portrait, by John Dean, is held by the National Portrait Gallery. Leland was made a fellow of Trinity College Dublin in 1746. He was ordained a Church of Ireland priest in 1748, he served as vicar in Bray, Co. Wicklow, in 1773 he was appointed Vicar of St. Ann’s Church, Dawson Street, in Dublin. (Wikipedia) 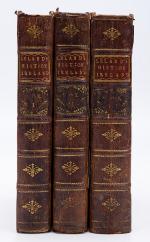 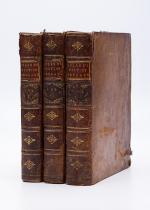 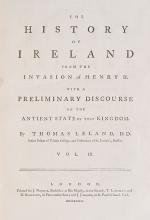 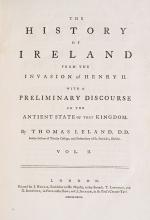 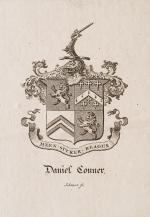 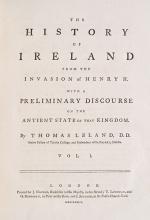