Essays – Historical and Moral [including “Freedom of Speech and of the Press” and “Resistance to the Legislature” an ‘Essay on the Slavery of the Female Sex’ – ‘Of the Schemes asserting an Equality of the Sexes’ and ‘The History of the Female Sex’ and the ‘General State of the Controversy concerning the Inferiority of the Female Understanding’ / “Inquiry how far our commerce would be affected by the Abolition of the Slave Trade in respect of our West India Colonies”].

Essay I: Of the Progress of Manners and Society: The First Stage of Society / Of Man in an unsocial State / The First and Second Stage of Society / Of Manners, Government and Religion / The Origin of Monarchical Government / The Progress of Superstition / The Improvement of the Arts / The Origin of Commerce / The Establishment of Laws / Essay II: Of the Influence of Physical and Moral Causes on the Human Mind: Theory of a celebrated French Writer and his Followers [Montesquieu] etc. / Essay III: Remarks on the History of Superstition / Essay IV: Of certain Moral Prejudices / Essay V: Observations on the Effects of Civilization and the Character of the present Times / Essay VI: Of the Invention of Language: Language not taught to Men by Divine Revelation / Whether or not any Language be the Effect of Art / Lord Monboddo’s Hypothesis / Of the Inflexions of Nouns and Verbs etc. / Essay VII: Of Alphabetical Writing: Hobbes’s Hypothesis / Essay VIII: Miscellaneous Observations on the History of the Female Sex: General State of the Controversy concerning the Inferiority of the Female Understanding / Of the Female Sex in the early Periods of Society / Indifference to the Sex in the first Ages / Slavery of the Female Sex / Remarkable Instance of Female Delicacy in a very early Period of Society / Why Chastity os more esteemed as a Virtue in the Female than in the Male Sex / Origin and Abolition of Polygamy / Of the Schemes asserting an Equality of the Sexes / Of Domestic Tyranny / Of Female Eduation / Essay IX: Of the Theory of Government – Division into two capital Branches – Juridical Authority improper for large Bodies of Men – Freedom of Speech and of the Press – Resistance to the Legislature / Essay X: The Advantages of the Republican Form of Government compared with those of Monarchy / Review of the Democratical States of Antiquity / Essay XI: Of the Principles of Morals / Essay XII: Miscellaneous Observations on the Atheistical System and on the Morals of the Ancients / Of Religious Establishments / Essay XIV: Of Education / Essay XV: Of Penetration and Foresight – The Association of Ideas / Essay XVI: An Impartial Inquiry into the Reasonableness of Suicide / Essay XVII: Of Slavery and the Slave Trade – Part I – Of the Justice and Humanity of the Slave Trade (First Argument for the Slave Trade, that the Africans are the Descendants of Cain or of Ham the Disobedient Son of Noah / Second Argument: That the Africans are an inferior Order of Animals / Third Argument: That they are purchased / Fourth Argument: That they have been Slaves from Infancy and know no better life / Fifth Argument: That they are wretched in their own country and sonsequently happier in the West Indies / Narratives of Cruelties perpetrated on Slaves during their Passage / State of the Slaves in the West India Islands)/ Part II: Of the good Policy of the Slave Trade – Inquiry whether work may be more cheaply performed by Freemen or by Slaves ? – Inquiry how far our commerce would be affected by the Abolition of the Slave Trade in respect of our West India Colonies / Essay XVIII: Of certain causes which may prove subversive of British Liberty / etc.

Gregory is best known for his literary compilations and writings. In 1782–1783, he helped compile a book of excerpts from other
authors called ‘Beauties’, which sold well. His first original lengthy work, in 1785, was ‘Essays, Historical and Moral’ and was published anonymously. The success of this work led to a second edition in 1788 in which he revealed his identity as the author of the first edition. In 1787, he published a volume of sermons. He is often cited for his translation of Bishop Robert Lowth’s Lectures on the Sacred Poetry of the Hebrews, also published in 1787. He published numerous other scholarly and scientific works under his name and contributed to other writings and compilations but without credit.

The Rev. George Gregory (14 April 1754 – 12 March 1808) was an English writer, scholar, and preacher in the 18th and early 19th-century Britain. He held a Doctor of Divinity degree. The son of a clergyman, Gregory was born in Ireland but moved to Liverpool upon his father’s death in 1766. He studied at the University of Edinburgh and was ordained into the Anglican Church in 1776. He served as a curate in Liverpool while also contributing to periodicals and magazines. He moved to London in 1782 where he was curate at St. Giles, Cripplegate. He went on to carry out the curacy and lectureship of St. Botolph’s, the lectureship of St. Luke’s, one of the weekly lectureships of St Antholin’s, and a small prebend in St. Paul’s, which he relinquished for the rectory of Stapleford in Hertfordshire. He occasionally preached at the Foundling Hospital. He died suddenly after a brief illness on 12 March 1808.
At the time of his death he held the positions of the Domestic Chaplain to the Bishop of Landaff, Prebendary of St. Paul’s, Vicar of West Ham, and Lecturer at St. Giles. (Wikipedia) 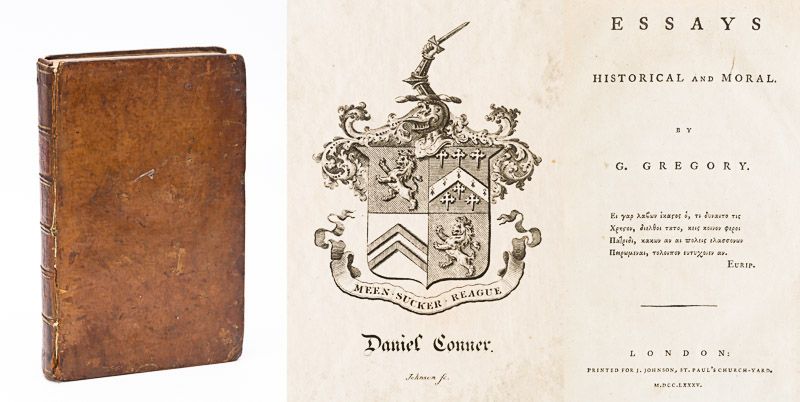 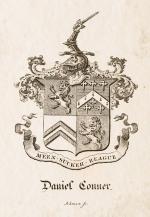 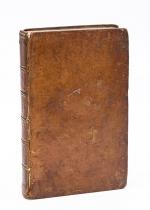