Ilse – Ein Requiem – Signed and inscribed by Rudolf Kayser: “Für Walter zur Erinnerung an uns beide ! – Rudolf Kayser” – [From the library and collection of Harry Zohn with TLS loosely inserted: Typed Letter – signed by Eva Urgiss and addressed to Harry Zohn in New York, 1967. The amazing letter refers to Harry Zohn having alerted her to have found this book in the Rare Book Catalogue of Rare Book Dealer Rosenthal (possibly Bernard & Ruth Rosenthal) and Eva Urgiss is outraged about the fact that this very personal, only privately printed publication, which was only handed out to very few close friends, would have been sold to a rare book dealer and this rare bookdealer having the audacity to offer the book for sale. Eva Urgiss continues to speculate that she knows only of three Walter’s who could have been the recipients and she will investigate. She expresses how happy she is that Harry Zohn has purchased the book.]

Rudolf Kayser (* 28 November 1889 in Parchim; † 5 February 1964 in New York City) was a German literary historian.
Rudolf Kayser studied literature and received his doctorate with a thesis on Arnim and Brentano. As a young lecturer at the Berlin Lessing University he made his debut in 1918 with the essay The Intellectuals and the Spiritual. In 1919 he became editor for the publisher S. Fischer in Berlin, and from 1922 to 1933 he was senior editor of the Neue Rundschau. Erwin Piscator brought Kayser to the Volksbühne Berlin as dramaturgical advisor in the mid-1920s . In 1930 Kayser wrote a biography of his father-in-law, Albert Einstein, under the pseudonym “Anton Reiser”.
Rudolf Kayser was married to Ilse (1897–1934), the stepdaughter of Albert Einstein. In 1935 he emigrated to New York and became professor of German and European literature at Brandeis University. In 1936, he married Eva Urgiss, daughter of German screenwriter and film critic Julius Urgiß. His estate is kept in the Israel National Library. (Wikipedia) 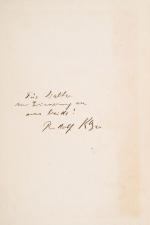 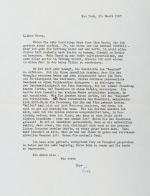 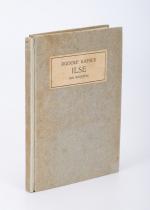 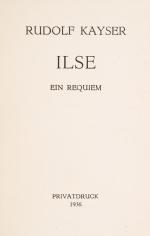