Braudel, Civilization & Capitalism [in the] 15th - 18th Century. Collection of a

Fernand Braudel (24 August 1902 – 27 November 1985) was a French historian and a leader of the Annales School. His scholarship focused on three main projects: The Mediterranean (1923–49, then 1949–66), Civilization and Capitalism (1955–79), and the unfinished Identity of France (1970–85). His reputation stems in part from his writings, but even more from his success in making the Annales School the most important engine of historical research in France and much of the world after 1950. As the dominant leader of the Annales School of historiography in the 1950s and 1960s, he exerted enormous influence on historical writing in France and other countries. He was a student of Henri Hauser (1866-1946). Braudel has been considered one of the greatest of the modern historians who have emphasized the role of large-scale socioeconomic factors in the making and writing of history. He can also be considered one of the precursors of world-systems theory. In his works Braudel shows a revolutionary change of focus in the craft and analysis of history from individuals or events to world systems. (Wikipedia) 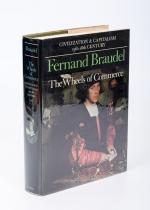 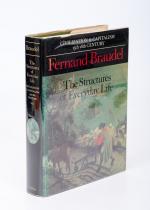 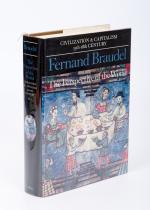