Gardner, Dukes & Poets in Ferrara - A Study in the Poetry, Religion and Politics

Dukes & Poets in Ferrara – A Study in the Poetry, Religion and Politics of the Fifteenth and Early Sixteenth Centuries [With two Appendice: Appendix I – Unedited Poems of the Borsian Epoch / Appendix II – A Selection of Unpublished Documents an Six Genealogical Tables of the House of Este, Gonzaga, Sforza, Pio and Pico].

London, Archibald Constable & Co., 1904. Octavo. Portrait-Frontispiece, XV, 578 pages with several portraits. With 11 portraits (including the Frontispiece). Original Hardcover with gilt lettering on spine. Minor signs of foxing and overall in very good condition with some minor signs of wear only. Private dedication on endpaper. 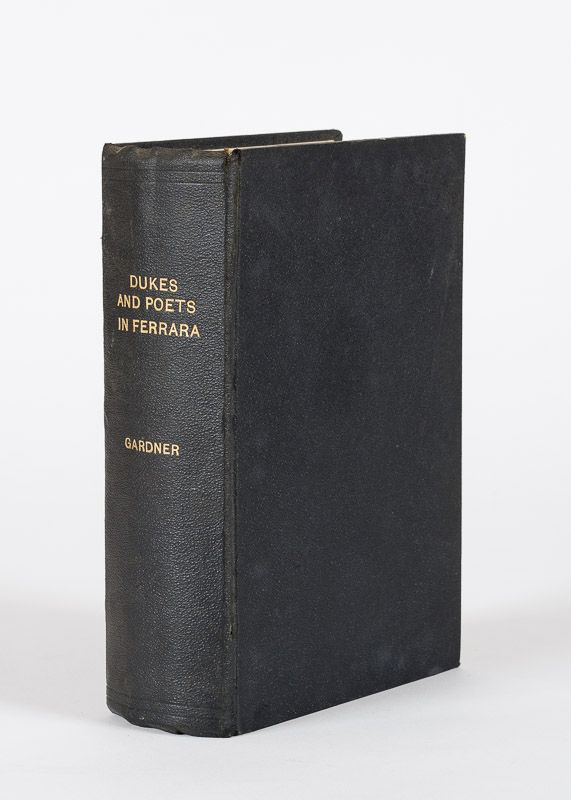