Culpeper, Culpeper's English Physician and Complete Herbal to which are now firs

Culpeper’s English Physician and Complete Herbal to which are now first added upwards of One Hundred additional Herbs, with a display of their Medicinal and Occult Properties, physically applied to the Cure of all Disorders incident to Mankind. To which are annexed Rules for compounding Medicine according to the true System of Nature; forming a complete Family Dispensatory and Natural System of Physic, beautified and enriched with Engravings of upwards of Four Hundred and Fifty different Plants and a set of Anatomical Figures. Illustrated with Notes and Observations, critical and Explanatory. Volume I: Containing the Herbal / Volume II: Containing the Medical Part. Fifteenth Edition, improved by the Addition of the Linnaean Name to each Herb, Plant and Tree and a Life of Culpeper. By E. Sibly, M.D. and Author of the Complete Illustration of Astrology.

Two Volumes in One (complete set). London, Printed by W.Lewis and sold at the Encyclopeadia Office, 1813. Quarto. Pagination: Volume I (Herbal): Frontispiece – Portrait of Nicholas Culpeper, XII, 400 pages including an extensive Index of to the Herbs and Plants and an Index of Diseases cured by the Foregoing Herbs and Plants / Volume II: (Medical Part) – 256 pages with an explanatory Index to the Medical Part (e.g.: Hiccup how to prevent / Cramp of the Stomach / Rhubarb Bolus with Calomel / Night-Mare its cause and cure etc. etc. With 29 plates (of the usual 40). Hardcover / Beautifully restored new half-leather with new endpapers. Some general foxing and minor staining. The plates in good condition (some plates coloured). With the scarce portrait of Culpeper ! This the most desired edition because it contains for the first time the binominal nomenclature of plants in the universal latin.

Includes the detailed and wonderful descriptions of cures and remedies of herbs. The quintessential, secret knowledge of the Herbalist of the 500 years prior to 1813 is included in this volume.
Remedies for Small-Pox, Gout, Scurvy, Scrophula or King’s Evil, Asthma, Itch, Diseases of Women / Of the Menstrual Discharge / Child-Birth / Palsy / Epilepsy / Ulcers / Of the Thorax / Daffy’s Elixir/ Cancer / Ale for the jaundice / Scarlet Fever / Of the Inflammation of the Brain / Bilious Fever / Erysipelas or St.Anthony’s Fire / Of the Diabetes etc.
Illustrations are showing herbs but also full-page details of for example the Human Heart / The Nerves of the Human Body / View of the Celestial Influx on the Body of Man(as in Schley’s Occult Sciences) / View of the Celestial Influx on the Body of Women as illustrated in Schley’s Occult Sciences etc. etc.

Nicholas Culpeper (probably born at Ockley, Surrey, 18 October 1616; died at Spitalfields, London, 10 January 1654) was an English botanist, herbalist, physician, and astrologer. His books include The English Physitian (1652), later known as the Complete Herbal (1653 ff.), which contains a store of pharmaceutical and herbal knowledge, and Astrological Judgement of Diseases from the Decumbiture of the Sick (1655), one of the most detailed documents on medical astrology in Early Modern Europe. He spent much of his life in outdoor catalogueing of hundreds of medicinal herbs. He criticized the methods of some contemporaries: “This not being pleasing, and less profitable to me, I consulted with my two brothers, Dr. Reason and Dr. Experience, and took a voyage to visit my mother Nature, by whose advice, together with the help of Dr. Diligence, I at last obtained my desire; and, being warned by Mr. Honesty, a stranger in our days, to publish it to the world, I have done it.” Culpeper came of a long line of notabilities, including Thomas Culpeper, lover of Catherine Howard (also a distant relative), who was sentenced to death by Catherine’s husband, King Henry VIII. Culpeper’s translations and approach to using herbals have had an extensive impact on medicine in early North American colonies, and even modern medications. Culpeper was one of the first to translate documents discussing medicinal plants found in the Americas from Latin. His Herbal was held in such esteem that species he described were introduced into the New World from England. Culpeper described the medical use of foxglove, the botanical precursor to digitalis, used to treat heart conditions. His influence is demonstrated by the existence of a chain of “Culpeper” herb and spice shops in the United Kingdom, India and beyond, and by the continued popularity of his remedies among New Age and alternative holistic medicine practitioners. (Wikipedia) 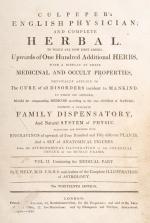 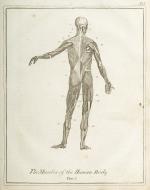 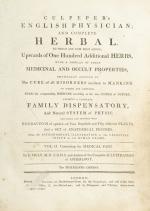 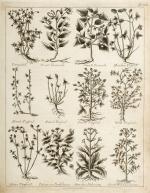 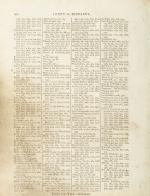 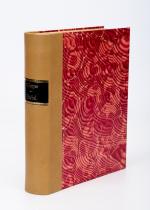 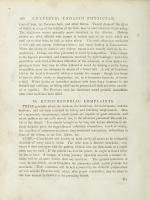 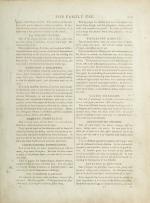 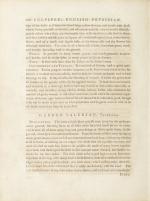 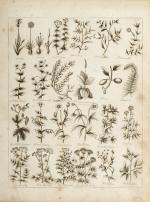 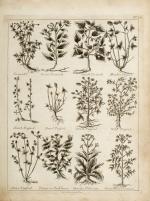 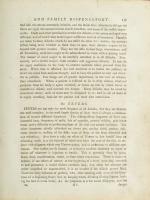 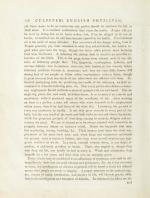 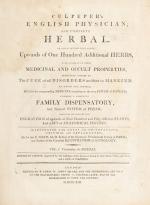 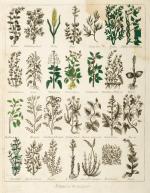 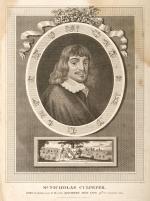 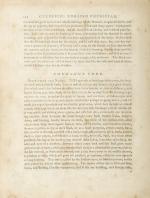 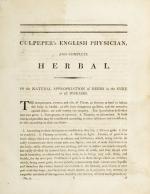