Riesman, Faces in the Crowd: Individual Studies in Character and Politics.

Faces in the Crowd: Individual Studies in Character and Politics.

In these searching studies in character and politics, the author continues his productive explorations into the minds of Americans that he began with “The Lonely Crowd”. This second book probes the lives of some of the people who make up the lonely crowd; it shows how they respond to political, social, and personal issues of their days, and why they come to represent the inner and other-directed character, the apathy and indifference that Riesman has described in his earlier book. The crowd is composed of men and women of widely varied occupations, ages, and social classes – young people in preparatory and trade schools, slum dwellers in Harlem, the rich and successful in the suburbs. To learn about these and other Americans, interviewers asked significant questions; the questions are given in full with the answers and the author’s illuminating analysis. The book may be read as a separate volume; it also supplies evidence for the picture that was so promisingly presented in the first book. 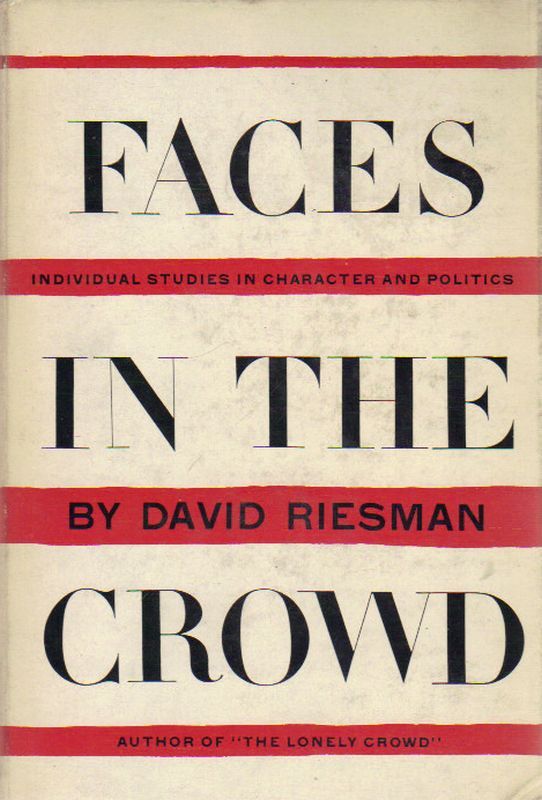