Archive of a fantastic series of 42 Autograph Letters (signed) / Manuscript Letters (signed) by Sir Augustus Foster, British Diplomat and British Ambassador to the United States of America, prior and at the outbreak of the War of 1812, Recipient of the ‘Declaration of War’ on the “HMS Colibri” (June 28th, 1812), Ambassador to Denmark (1814-1825) and Ambassador to Sardinia (1824-1840). The letters were written between 1815 and 1841, during his time as Ambassador of Denmark (Copenhagen) and from his posting in Turin, as Ambassador to the Kingdom of Savoy-Sardinia [Piedmont-Sardinia]. Fortyone (41) of the letters are addressed to his friend, Sir Charles Stuart, Baron Stuart de Rothesay (1779-1845), Secret Agent, Diplomat, privy councilor as well as British Ambassador to France and Ambassador to Russia and the Duke of Wellington’s distinguished administrator in Europe during the Napoleonic Wars. The 42nd letter in the Archive, is a meaningful, three-page-letter, written by Sir Augustus Foster from Copenhagen in the year 1818, to his mother, Lady Elizabeth (″Bess”) Foster” [(née Lady Elizabeth Christiana Hervey), later Duchess of Devonshire (1759-1824)]. The Letters comprise of sizes between Octavo and Quarto and amount to 130 pages in total, written from Turin (27) & other places, including Copenhagen, Stockholm, London, Calais and Geneva, 1815-1841 / Important: The Archive includes also three important publications which touch on the work of Sir Augustus Foster in America: [1.Richard Beale Davis: “Jeffersonian America – Notes on the United States of America – Collected in the years 1805-1806-1807 and 1811 and 1812 by Sir Augustus Foster, Bart. San Marino, The Huntingdon Library, 1954 / 2. An Extra-Illustrated Version of the publication “The Two Duchesses”, by Vere Foster (son of Sir Augustus Foster), in which an american collector injected a plethora of original engravings, portraits of british and american personalities like Alexander Hamilton, George Washington as well as other contemporaries of Sir Augustus Foster (see 80 photographs of this breathtaking set, bound in red-morocco, on our website) / 3. [James Madison / James Monroe / Sir Augustus Foster – War of 1812] – “Three messages, from the President of the United States, to Congress, in November 1811, together with Documents accompanying the same”. Washington; printed 1811. Re-Printed for J.Hatchard, Bookseller to her Majesty, opposite Albany, Piccadilly, 1812 – The material here relates directly to the war of 1812; much of it is in the form of correspondence between Sir Augustus John Foster, H.M. Minister in America and James Monroe, Secretary of State under James Madison from 1811 to 1817. Other significant contributors include Mr. Pinkney and Lord Wellesley. Extremely scarce original edition. (No copy of the 1811 edition located. Not in COPAC or Sabin)] See more than 200 Images for all these books and manuscript letters in the Augustus Foster Archive on our website under “Libraries & Collections” /

Turin / London / Stockholm / Copenhagen / Calais / Geneva, 1815 – 1841. Octavo – Quarto. The Letters are housed in a beautiful, bespoke Solander-Chemise. The original books are either bound in Morocco (″Two Duchesses”), original cloth with dustjacket (″Jeffersonian America”) or in the publisher’s original interim-wrappers (the rare 1812-printing of “Three messages, from the President of the United States, to Congress, in November 1811, together with Documents accompanying the same”). Very good condition with some minor signs of wear only.

The letters contain both personal and diplomatic news about a wide variety of subjects but some are of particular interest for understanding hitherto unknown diplomatic developments on historic events or military campaigns.

Letters include for example:

I.
In a letter from May 7th,1815, only 5 weeks before Waterloo, in which Foster, in his function as “Her Britannic Majesty’s Ambassador to the Kingdom of Denmark”, poses the question to Sir Charles Stuart, if Wellington wants Danish troops: “Castlereagh [Lord Castlereagh] said he did not know if the D[uke] of Wellington would want any Danish Troops, so pray enquire & let me know how many 1000nds I shall send you”] /

II.
Excellent Letter between Sir Augustus Foster and Sir Charles Stuart, from January 12th, 1828:
Foster talks in this letter about being offered a Baronetry “in 1811 to fit me out for America & I refused it from not being rich enough”
Foster also mentions in this letter, which was written 9 days before then Prime Minister, Viscount Goderich, resigned, about his inclination that “Goderich is, I believe, very disposed on the subject but scrupulous & I fear [he] will not be long in, he seems so sick of the worry of Buckinghsh. [Robert Hobart, 4th Earl of Buckinghamshire, the father of Viscount Goderich’s wife, Lady Sarah Albinia Louisa Hobart, who had mental problems] / [Frederick John Robinson, 1st Earl of Ripon] who was Prime Minister of the United Kingdom from 1827 to 1828]
Foster continues: “Your Letters are just as short & to the Point as if you were the responsible Person. Lets hope like La Ferronnays, [Pierre-Louis-Auguste Ferron, comte de La Ferronnays (Ministre des Affaires étrangères)] you will head the Foreign Affairs: When I see him [La Ferronnays] then I think it a very Natural thing that Diplomacy Should do as much for our Side of the Water”.

III.
Further correspondence for example includes a letter from November 26 in the year 1830, in which Foster elaborates on a contact he had with Thomas Medwin [Percy Bysshe Shelley-biographer and Lord Byron-friend. In this letter to Stuart, Foster reports:
”?] Medwin / Has been sent away from Genoa as suspected of being an agent of some of the Revolutionary Societies which are seeking to Blow up the world for their own Profit – He came here & wrote Me a Letter of Complaint, & before I could answer it, wrote me a Second complaining of my not Answering him, said he was confined to his Room by Illness & …..not receive Mr. Legh who called twice to try & fend him. He set off the same evening to Geneva & London & lay his case before the Public as he Said in his Letters & I suppose I may be accused of having turned a Deaf Ear to his Complaints” [Wikipedia informs us: “Genoa, however, turned out to be only an interlude, as Medwin was expelled for writing a tragedy called The Conspiracy of the Fieschi, which alarmed the Genoese authorities, believing it to be anti-government propaganda. By January 1831 Medwin, without his family, was back in London, still hoping to earn a living as a writer.”] /

IV.
Other letters contain information about the July Revolution; olive wood cups; his frustration at not being able to obtain a baronetcy; his efforts through his step-father, the Duke of Devonshire, his uncle, Lord Liverpool, and the prime minister (the Duke of Wellington) to obtain a baronetcy; Catholics; diplomacy with the Kingdom of Sardinia; putting up truffles; acknowledging King Louis Philippe; Austrian troops in Lombardy; medical quarantine; a poor purchase of a painting; diplomatic changes, and much more. [Transcriptions of these letters are in progress – Please enquire].

Sir Augustus John Foster, 1st Baronet, GCH PC (1 or 4 December 1780 – 1 August 1848) was a British diplomat and politician. Born into a notable British family, Foster served in a variety of diplomatic functions in continental Europe and the United States, interrupted by a short stint as a Member of Parliament. He wrote about his American experiences in Notes on the United States of America.
Foster was born in 1780, possibly in Ireland, and went on to study at Drogheda Grammar School and Christ Church, Oxford. He enjoyed a comfortable social situation; his father was the Irish MP for Ennis, John Thomas Foster (d. 1796), first cousin of John Foster and William Foster, and his mother Elizabeth Hervey, who would later go on to marry William Cavendish, 5th Duke of Devonshire, was herself the daughter of Frederick Hervey, 4th Earl of Bristol. Augustus had one older brother, Frederick (1777–1853) and an elder sister Elizabeth (b. 1778), who died several days after birth, as well as two illegitimate half-siblings. Augustus’s parents separated in 1781, at which time he and his brother remained in the care of his father.

Between roughly 1802 and 1804 Foster served as the Secretary to British legation, Naples, Kingdom of the Two Sicilies. In 1805 he was sent to the United States as the Secretary to British legation, leaving in 1807 to become British chargé d’affaires, Stockholm, Sweden from 1808 to 1810. He was sent back to America in 1811 as Minister Plenipotentiary to the United States, but returned to Britain in 1812 with the outbreak of the War of 1812, where he was promptly elected by Cockermouth, England to the House of Commons.

In 1814 he left for Copenhagen, Denmark, where he would serve as British minister plenipotentiary until 1824.
In 1822 he became a Privy Councillor. Following his decade in Denmark, he returned to Italy as British minister plenipotentiary to Turin, Kingdom of Sardinia where he would stay from 1824 to 1840. During this time he was knighted by King George IV (1825) and named Baronet of Glyde Court, Ardee (1831), a town in County Louth, Ireland. 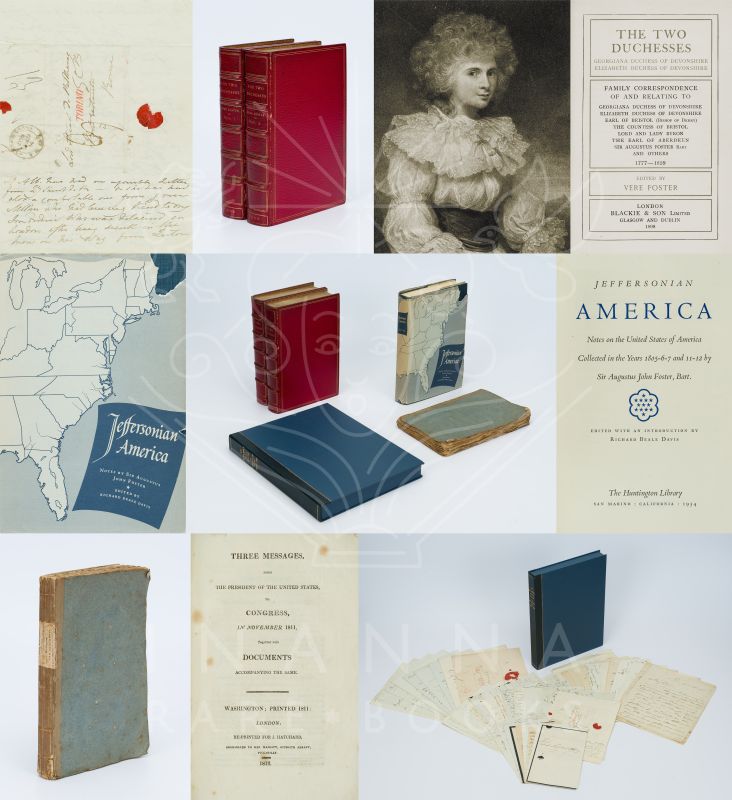 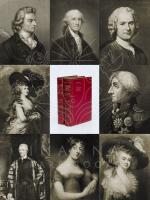 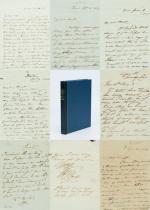 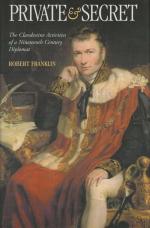 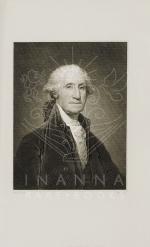 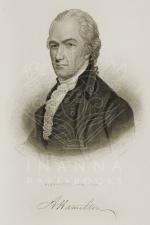 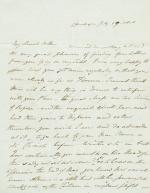