Friedrich Alfred Krupp (17 February 1854 – 22 November 1902) was a German steel manufacturer of the company Krupp. He was the son of Alfred Krupp and inherited the family business when his father died in 1887. Whereas his father had largely supplied iron and steel, Friedrich shifted his company’s production back to arms manufacturing. Friedrich greatly expanded Krupp and acquired the Germaniawerft in 1896 which gave him control of warship manufacturing in Germany. He oversaw the development of nickel steel, U-boats, the diesel engine, and much more. He died in 1902 of apparent suicide. His daughter Bertha inherited the company. (Wikipedia) 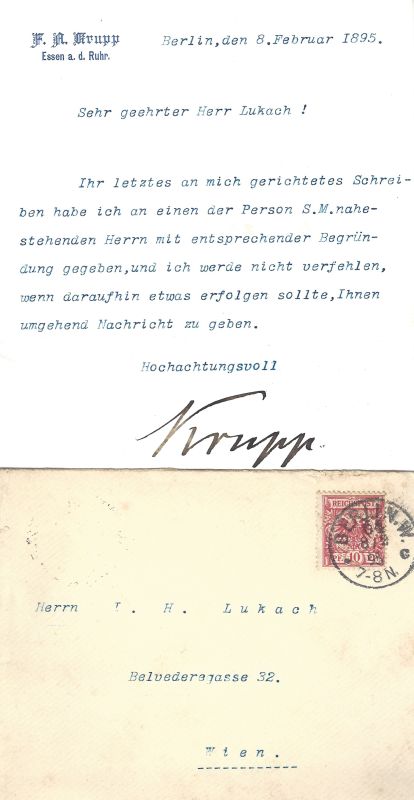