The Story of Francis, Day & Hunter. 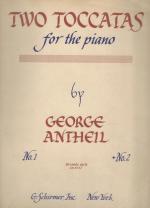 Two Toccatas for the Piano. 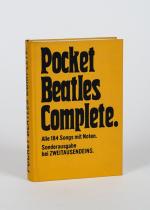 London / Boston, Faber and Faber, 1986. 16 cm x 24 cm. 541 pages. Some black and white diagrams and bars of music throughout. Original Hardcover with the rare illustrated dustjacket in protective collector’s Mylar. Excellent, close to new condition with only minor signs of external wear.

Ancient Scots Ballads with the Traditional Airs to which they were want to be Sung. Edited by George Eyre-Todd, Author of “Byways of the Scottish Border”, the “Sketch-Book of the North” &c. Editor of the Abbotsford Series of Scottish Poets. With Harmonies for the Pianoforte arranged by Emile Berger.

London, Bayley & Ferguson, [1895]. Folio. Frontispiece (The Jolly Beggar), (14) 217 pages including List of Subscribers. Original, decorative Hardcover. Usually in poor condition, the binding of this edition in firm and after a professional restoration, overall excellent condition with only occasional, very moderate foxing. No.109 of only 150 copies printed on Van Gelder`s Dutch hand-made paper, separately, hand-numbered and specially bound. Rare in this presentable condition !

We Called It Music – A Generation of Jazz. Narration by Thomas Sugrue.

We Called It Music. Sing Unto Him a New Song; Play Skilfully With a Loud Noise…Psalm XXXIII, 3.