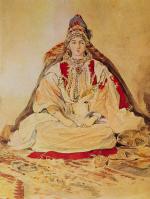 Library / Collection with more than 250 items originating from many different, important libraries of eminent historians and philosophers with a jewish background or interest like writers or translators like Harry Zohn, Isaac Bernard Cohen, Maurice Friedberg, William Jay Smith, Philip Rieff, Ben Malamud, etc. etc. Included are an enormous amount of important, rare and historically critical Books, Maps, Letters and Engravings relevant to Jewish History, Jewish Literature and Music, Jewish Heritage and Tradition, Persecution, Antisemitism through the Ages, Jews in Germany and the Holocaust, Zionism, Foundation of Israel, Arab-Israeli Conflict, Jewish Legal History, Judaica in the 19th and 20th century etc. etc. Also included are a number of rare Jewish Children’s Books, Art and Jewish Cultural History. [The collection includes rare and collectable historical publications as well as modern publications and is progessively catalogued with detailed descriptions and wonderful images for each item. New additions can be seen reguarly on our website under “Libraries & Collections” – please look for “Jewish History Collection”].

London / Frankfurt / New York / Jerusalem and others, 1800 – 2000. Octavo / Quarto / Folio. Binding-Variations include decrorative historical bindungs as well as: Original Softcover / Orginal Hardcover / Original Hardcover with dustjackets in Mylar. Very good condition with only minor signs of wear. The international shipping of the collection with UPS Express Courier is included in the price.

Wonderful, inscribed and signed Association-copy of Alfred Kazin’s “Starting out in the Thirties” with an inscription to Kazin’s friend, Gilbert Seldes and a signed cheque by Gilbert Seldes, which Seldes addressed to Kazin in 1967 for the amount of 2 USD for a Lunch and Kazin then angrily manipulated into Inflation-Money of 2 Million Dollars and sent back to Kazin with the book, provokingly asking: “O.K. Can I cash it now ? You ! ….. Apologize !…….

Boston / Toronto, An Atlantic Monthly Press Book, 1965. Octavo. 166 pages. Original Softcover. Excellent condition with some minor signs of wear only. Signed and inscribed by Kazin on the endpaper: “To dear Gilbert from Alfred Kazin – NY 1967 (+ Lunch for the Twenties)” / Alfred Kazin also mentions pages “108-109 Draper” on the endpaper and leads Sledes to a part of the book in which he speaks about Harriet bringing him to the house of Muriel Draper”. The signed and manipulated cheque, loosely inserted. A wonderful and rare association.

Archive / Collection of more than 350 items, letters, documents, ephemera, pamphlets, manuscript notes, receipts , manuscript letters from the private library of Providence (Rhode Island) lawyer, Arthur (Art) Joseph Levy. The collection includes an important, controversial typescript-essay (8 pages) on Israel Zangwill’s address before the American Jewish Congress at Carnegie Hall on October 14th, 1923 (″Watchmen, what of the Night ?”); with manuscript annotations and remarks on Israel Zangwill’s position “the hopes of Jewry for the establishment of a Jewish State in Palestine are doomed to disappointment”. The collection includes a plethora of interesting letterheads of jewish organizations and also important documentation of Levy’s contribution to and support for the “Palestine Foundation Fund”, (receipt from Boston, Mass. June 1923). Levy, who was a graduate of Brown and Boston University Law School, practiced law in Providence, Rhode Island and led an active life as a member and leader of several Jewish civic organizations, such as the Jewish Family and Children’s Service, which he established and led for twenty years, Rhode Island Jewish Historical Society, the Temple Beth-El Brotherhood, the Miriam Hospital, the Touro Fraternal Association and the Jewish Home for the Aged of Rhode Island. He was also a prominent member of the American Bar Association, the Brown University Alumni Association and the Brown Club of Rhode Island. Highly regarded as a jurist, he was a member of the Commission to Consolidate State Laws, a member of the Advisory Committee of the Federal Tax Institute of New England and an editor of the Rhode Island Bar Journal. Included in this archive are a group of letters written during World War I discussing his role in the Jewish Welfare Board of the United States Army and Navy, an invitation to a fund-raising dinner for the Jewish Orphanage of Rhode Island, a group of documents and letters discussing the establishment of a Jewish country club in Providence, several documents from the early 1920s concerning the mostly Jewish fraternity Phi Epsilon Pi and several items relating to Levy’s personal life, such as personal letters, bills from clothiers and invitations to social events. (Main source of the description of this archive is the research of our colleague Greg Talbot from The Lawbook Exchange). 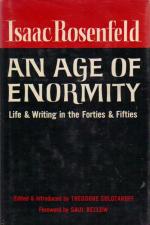 An Age of Enormity: Life and Writing in the Forties and Fifties. Edited and introduced by Theodore Solotaroff. Foreword by Saul Bellow.