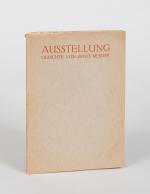 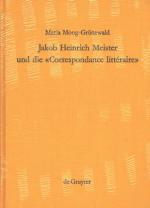 Paradise Lost: Books I and II only.

Olla Podrida, A Periodical Paper, published at Oxford in the year 1787.

First Irish Edition. Dublin, Printed by P. Byrne (108) Grafton – Street, 1787. Octavo (11 cm x 17 cm). 286 pages. Hardcover / Original 18th century full leather with original spine-label. Binding with some stronger rubbing and minor loss to leather on spine. Still very firm and tight. Minor signs of a faded dampstain to a small part of the first 10 pages only. Otherwise very clean. From the library of Richard Meade (Ballymartle), with his Exlibris / Bookplate to pastedown and his name in ink to the title-page.

A Journal During a Residence in France, From the Beginning of August, To the Middle of December, 1792. To Which is Added an Account of the Most Remarkable Events That Happened at Paris from That Time to the Death of the Late King of France. [Including the Hand-coloured Map].

First Irish Edition. Two Volumes (complete set). Dublin, Printed for P.Byrne, J.Moore, B.Dugdale, W.Jones, Colbert and J.Rice, 1793. Small-Octavo (11.5 cm x 17.5 cm). 303, 570 pages plus a Hand-coloured “Map of General Dumourier’s Campaign on the Meuse” (showing the area between Metz and Reims as well as Sedan and Nancy). Hardcover / Modern half-leather bound to the style of the 18th-century with spinelabels. Both Volumes in protective Mylar and now housed in a bespoke Solander Box. Bookplate / Exlibris of Richard Meade of Ballymartle attached to pastedown of Volume I. Excellent condition !

Mordaunt. Sketches of Life, Characters, and Manners, in Various Countries; Including the Memoirs of A French Lady of Quality. By the Author of Zeluco and Edward.

Poems on Several Occasions by the late Matthew Prior [Including “Memoirs of the Life of Mr.Prior” / Including: “Solomon on the Vanity of the World” / “An Ode Humbly Inscrib’d to the Queen, on the Glorious Success of her Majesty’s Arms, MDCCVI. Written in Imitation of Spenser’s Style” / “Alma, or the Progress of the Mind – In three Cantos” / “Downhall – A Ballad – To the Tune of King John and the Abbott of Canterbury” ].

First and Forurth Edition. Two Volumes (complete set). London, J.R.Tonson and S.Draper and H.Linto / C.Hitch at the Red Lyon and J. Hodges at the Looking-Glass, 1754. Small-Octavo (10,5 cm x 16,5 cm). Volume I [First Edition, printed by Tonson]: [11], 402, [3] pages with two title-pages/ Volume II: [Fourth Edition, printed by C. Hitch and J.Hodges], Frontispiece, LXXII, 356 pages with two full-page copper-engravings by van Gucht (plus engraved Frontispiece). Original Hardcover. Very good condition with only minor signs of wear. With the name “John Morrison” on the titlepage of both Volumes [possibly the 18th century – Architect John Morrison from Midleton, with a connection to Castlemartyr]. These books came subsequently from, the Library of Daniel Conner, Connerville / Bandon / Manch House in which also a set of Buffon, from the library of Richard Boyle Bernard, Dean of Leighlin and MP for Bandon Bridge was included.

Outlaws of The Marsh. Translated by Sidney Shapiro.