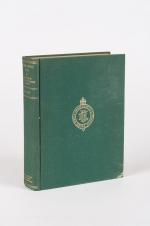 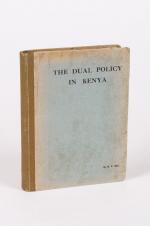 The Dual Policy in Kenya. Being a collection of articles, published in the Kenya Weekly News, between July, 1943, and March, 1944, on the past, the present, and the future of Kenya Colony. 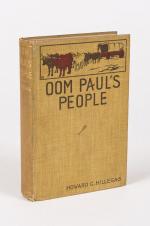 Oom Paul’s People – A Narrative Of The British-Boer Troubles in South Africa, with a History of The Boers, The Country, And Its Institutions. Illustrated with Eight Photographs and a Map of South Africa. 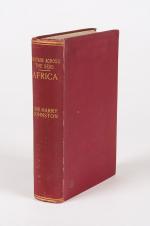 Britain Across the Seas – Africa, A History and Description of the British Empire in Africa.

Kenya. With an Introduction by Professor Gilbert Murray.

A True and Exact History of the Island of Barbadoes [sic] / [Barbados]. Illustrated with a Map of the Island [missing], as also the Principal Trees and Plants there, set forth in their due Proportions and Shapes, drawn out by their several and respective Scales. Together with the Ingenio that makes the Sugar, with the Plots of the several Houses, Rooms, and other places, that are used in the whole process of Sugar-making; viz. the Grinding-house, Still-house, and Furnaces; All cut in Copper.

[Second Edition]. London, Printed, and are to be sold by Peter Parker, at his Shop at the Leg and Star over against the Royal Exchange, and Thomas Guy at the corner Shop of Little Lumbard-street and Cornhill, 1673. Small-Folio (19 cm x 29 cm). [II], 122 pages plus an unnumbered Index-page (bound, according to instructions for the bookbinder after page 84), lacking the Fold-out-Map of Barbados but including all six illustrations of Plants, as well as the three diagrams of Houses and Production-Rooms for Sugar. 19th-century Hardcover (half-leather with gilt lettering on spine). Condition of Binding: Very good condition with only minor signs of wear to the binding / Condition of bookblock: Original, front free endpaper was preserved and bound in. Rear endpaper missing. The original endpaper includes two historical ownership-signatures in ink (c.17th or early 18th century) as well as several annotations in ink and pencil. The previous owners seem to have been one Richard Gardner and there is an additional notation verso which reads: “E[x] Libris Richmondi Garnays [or Garneys]”. Some ink-annotations or corrections throughout the book. Signs of old bookworm – damage and very few abrasions due to fire-sparks (few pages effected only). Some plates with professional repairs, some tears. Some professional paper-repairs and re-enforcements to title-page and Content-Page. All the described flaws sound worse than they really appear. All plant-plates in strong impresion. A scarce publication ! From the library of Rev. William Andrew Lamb, Kilcoleman Park, County Cork. 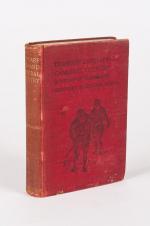 In Dwarf Land and Cannibal Country a Record of Travel and Discovery in Central Africa. 146 Illustrations and Maps. 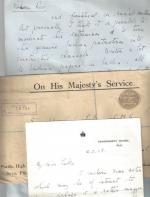 Eight – page – Manuscript letter (MLS) to Sir Harry and 27 – page manuscript evaluation of personnell at Government House (Fiji) as well as local politicians and possible agitators in Fiji and the British Western Pacific Territories from Arthur Richards, 1st Baron Milverton, in his capacity as Governor of Fiji and High Commissioner of the British Western Pacific Territories. This letter and the manuscript evaluations were sent by Richards on July 10th, 1938, on Stationery from Government House (Fiji) in order to inform Luke of the special situation of the posting before Sir Harry would take over the post (from 1938 – 1942). Very intriguing insights into colonial portraiture of possible troublemakers in the colonial service, excellent service men, clerks, and also recommendations for promotions etc. Arthur Richards evaluation of Sir Alport Barker, owner of ‘The Fiji Times & Herald’ is exemplary for the opinionated report to Sir Harry and one of the remarkable reports on ‘European Members of the Legislative Council on Fiji and the British Western Pacific Territories: ‘Aplort Barker – Has been an elected member for about twelve years, ex-mayor of Suva, owns the Fiji Times = Herald – Member of Executive Council / Has a small-minded, narrow outlook partly the result of physical disability. Lame from early days owing to infantile paralysis. Very anxious to get a knighthood. He has an intimate knowledge of local affairs and is often useful. He could be more useful if he were not so petty and spiteful.Very sensitive of slights, real on imaginary. / Apolosi [that was Apolosi Nawai] – Arthur Richards describes him as follows: ‘Apolosi – A man of the people. Fijian agitator & leader. The John the Baptist of a possible future. An ignorant misguided man with a great natural flair for speaking. Can sway words + is to some extent feared by the Chiefs because of his influence. The papers on him are worth reading. He is at present banished to Rotuma but the term expires at the end of 1939, when despite filaria + increasing age (he is well over 50) he will be a man to be watched. / Arthur Richards goes on to report on the ‘Council of Chiefs (Fiji)’’ where matters of interest to the Fijian people are discussed, resolutions are passed and answers are given’ – He informs Sir Harry that ‘The Council has been postponed until Oct. 18th [1938] to enable you to preside. The position of Governor carries immense prestige with the Fijians’. Richards also informs Luke that ‘no ladies, except the Governor’s wife should be present at the opeimus’. In total Arthur Richards talks about c. 32 people in his evaluations and he also gives Sir Harry Luke some information on the Coconut Estates on Fiji, Mines, Suva Yacht Club etc. He goes on to talk about Sir Harry Luke’s arrival and swearing in as governor and taking the oath ‘the whole being relayed over the wireless’ / ‘I assure you that the whole of Fiji + much of the Western Pacific will be listening in, so make a good speech.’ / Magnificent, confidential report between two important representatives of the British Empire during a very sensitive period of world history. 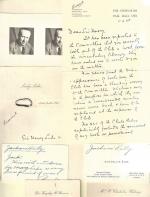 Large Collection of PERSONAL ephemera of Sir Harry Luke. Calling cards with recommendations, Luke’s passport photographs, a sharp letter by his gentlemen’s club regarding the return policy of books, receipts from his dinners on postings, giving a picture of his habits on drink and food, expenses for food and lodgings, his favourite drink and taste for Brandy, Cigars etc. / Some envelopes, drafted letters by Sir Harry, new years wishes to him etc. / A spare lens for his monocle or glasses / Travel receipts arranged from Malta for Sir Harry (London – Naples)/ Ephemera of the London Art’s Club related to an invitation to Luke / Original Imperial Censorship Document for Sir Harry Luke in his capacity as Chief Representative in the British West Indies of the British Council, Trinidad allowing him to travel with official documents to the British West Indian Islands, British Guiana, Bahamas, Bermuda and British Honduras, signed by H.G.Valentine, Chief Censor, Trinidad and Tobago / Funny letter regarding a newspaper – clipping on the revealing of a statue at St.Peter’s Chapel / Invitation to Sir Harry to participate in a very interesting early ponzi scheme, pyramid letter (1 pound club) / Collection of calling cards, Royal Ascot Race button for the year 1900 (handed down by Sir Harry Luke’s father) / Postcard of Old Houses in Holborn, London / West India Committee Membership Card / Eraly Ticket for the Reading Room of the British Museum / Original ‘Permit to leave the Colony’ for Sir Harry Luke (St.Lucia, Trinidad) / ‘Permission to enter Malta’ / Original letter from the Colonial Secretary’s office in British Guiana to allow Sir Harry Luke travelling from Mackenzie Airfield by British West Indian Airways even though Sir Harry was lacking a ‘certificate of inoculation against Yellow Fever’ / Old London Railway Line – Plan (Diagram of Lines in London) and Train schedule from 1949 / International Contract Bridge Score Card / Seta Reservation Card for Sir Harry on a British Overseas Airways Flight (BOAC) / BEA (British European Airways) Folded card with reservation Plan of their Flights to Britain, Spain, Portugal, Gibraltar via France with advertising of ‘XIV Olympiad in London 1948’ / Advertising for Camberley Champagne Notepaper Stationery (Harrods Ltd. London) / Miniature Calendar for 1946 / Original Invoice – Receipt of Bishop & Sons’ Depositories Hugh Street & Ebury Street London (Also Belgrave Road) / Three Original – Vintage Pins from Kempton Park Racecourse for the Year 1896 / Vintage Programme for one of Alfred de Rotschild’s famous adoration dinners – this one for the 13th of July, 1900 at 1, Seamore Place London with Wilhelm Ganz on the Pianoforte, Adelina Patti (Baroness Rolf Cederstroem), Herr Kubelik etc.) /