Browne, The Vanishing Tribes of Kenya - A Description of the Manners & Customs

The Vanishing Tribes of Kenya – A Description of the Manners & Customs of the Primitive & Interesting Tribes Dwelling on the Vast Southern Slopes of Mount Kenya & Their Fast Disappearing Native Methods of Life. With Many Illustrations & 2 Maps.

The book details Browne’s seven years (1909-1916) as Assistant Commissioner throughout the region.
″This book is an effort to record the writer’s observations of the manners and customs of a primitive and interesting group of tribes who dwell on the southern slopes of Mount Kenya. Developing in that part of Africa is proceeding so rapidly that it is important to describe as much as possible of that fast disappearing native method of life: even since the accompanying notes and photographs were taken changes have taken place and much has already vanished for ever. Since the various tribes with which this book deals are small in number and limited in area, it is obvious that their own peculiar customs can have little chance of survival in the face of the general intermixture of tribes taking place under European administration.” (p.5)

Of Marriage Laws the author writes: “The general moral standard cannot be considered a high one…Generally speaking, it may be described as the natural and wholesome standard; while sexual relationship is regulated only by easy going laws, the strongest opposition is shown to anything out of the normal course of nature such as connection to immature children or unnatural vices. Free love is by no means permitted, though there is no means permitted, though there is no objection to extreme intimacy short of actual sexual connection, to which fact is probably due the very general idea that complete freedom exists. Under native customs severe penalties were inflicted upon offenders against the general moral standard, the Chuka being the most particular in this respect. A child resulting from the union of an uninitiated boy and girl was destroyed, while the parents were killed by having a stake thrust upon them.” (p.70)
The initiation rituals and rites of ceremonial circumcision for both boys and girls is described in great detail as are the marriage rituals.

″Curiously little importance is attached to death, or to the disposal of the corpse: in fact, it would seem to be the least regarded of all the incidents of life. The main feature is the uncleanness caused by the dead body and the consequent complications. Corpses are almost invariably disposed of by being deposited in the bush, where the hyenas and carrion-feeders generally dispose of the remains. This somewhat gruesome method is fairly reliable under all ordinary circumstances, since Nature’s undertakers are numerous and active; occasionally, however, unusual mortality will overtax the resources of the local hyenas, and distressing results arise.” (p.93-94)

The author pays close attention to describing native dances, art and music but particularly focuses upon magic and religion as “magic plays a very large part in native life, and the slightest knowledge of the people is sufficient to bring one into contact with some form of superstition.” (p.181) The ‘mundu mugo’ or doctor and ‘mganga’ or witch-doctor play dominating roles in a tribal society permeated by the rules of conduct summed up in the word ‘thahu’ or ceremonial uncleanliness. Browne goes into considerable detail describing the rituals, potions and practices that shape spiritual lives. 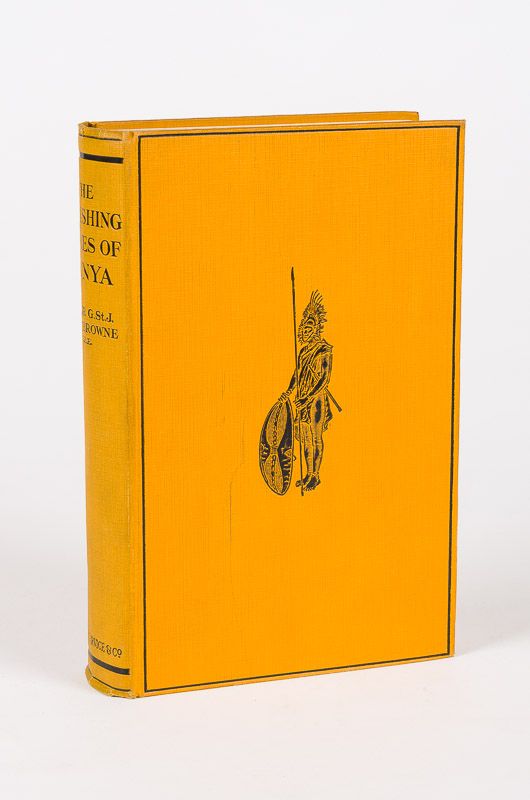