A beautiful panoramic town-view of Constantinople across the Golden Horn from Galata.
The delightfully water-coloured skyline is pierced by tall minarets of the city’s many mosques: the Hagia Sophia, Süleymaniye Mosque and the Sultan Ahmed (Blue) Mosque stand preeminent among these. The famous fortified walls of Constantinople can also be observed.
Townsfolk and passing ships illustrate that the capital city of the vast Ottoman Empire was the meeting place for people, ideas and trade throughout history.
A titular cartouche floats above the magnificent city and a list of 23 numbered legends lies beneath the wonderful scene.
Tulips, a flower and symbol with mythical appeal in Islamic and Ottoman culture, and deep cultural historic associations with the city, can be seen growing in the foreground.

Pierre Aveline (1656–1722), was a French engraver, print-publisher and print-seller. Aveline was born in Paris and the head of a family of artists, including his two sons Pierre-Alexandre Aveline and Antoine Aveline. He is best known for his reproductions of other artists’ works. He died in Paris on 23 May 1722. (Wikipedia) 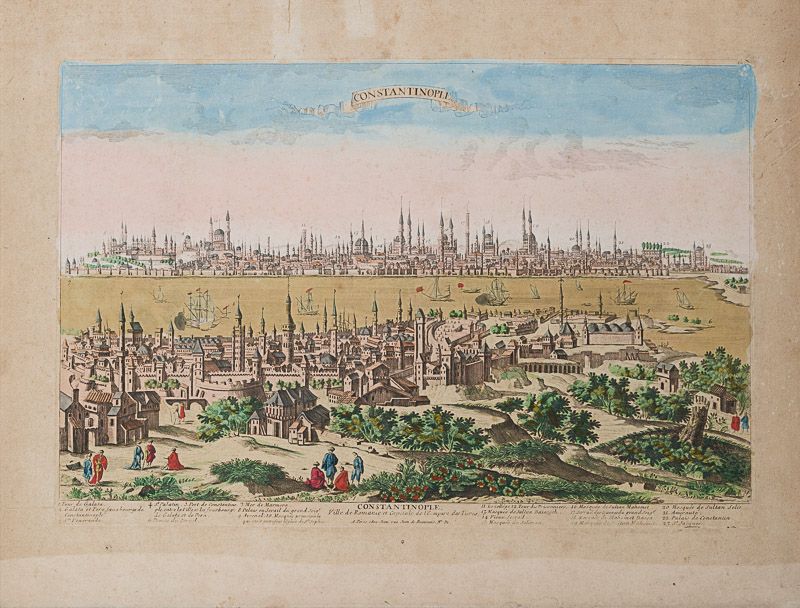 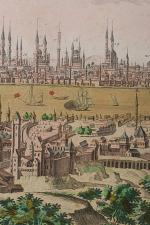