A breath-taking illustration of a geographical clock by Zacharias Landteck, who manufactured it in Nuremberg in the early 18th Century. Landteck’s remarkable clock demonstrated the use of time to determine longitude, a recurring problem for navigators and cartographers in the 18th and earlier centuries that was ultimately solved by John Harrison’s marine clocks in the 1730s.
Astronomical clock showing the northern hemisphere in day and night during the course of sun and earth for 24 hours. The German text to the left and right of clock explains the astronomical connections. It is surrounded by the Zodiac symbols and their corresponding calendar months.
At the centre of the face is a polar projection of the Northern Hemisphere with the Eurasian, the northern portion of the African and North American landmasses shown. Islands such as Greenland, Iceland, the Canaries, the Caribbean islands, and the Philippines can also be seen. Interestingly, California is shown as an island. Regions such as Florida, Nova Mexico, Siberia and Tartaria are included as are the names of major cities such as Manila, Peking, Jerusalem, Aleppo, Constantinople, Copenhagen, Amsterdam, London, and Dublin. Much of Western Europe and North America are in starlit darkness while Asia enjoys the sun’s rays.

Johann Baptist Homann (1663-1724) was a mapmaker who founded the famous Homann Heirs publishing company. He spent his life
in Bavaria, especially in Nuremberg. Initially, Johann trained to become a priest before converting to Protestantism and working as a notary. In 1702, Homann founded a publishing house that specialized in engravings. The firm flourished, becoming the leading map publisher in Germany and an important player in the European map market. In 1715, Johann was named Imperial Geographer to the Holy Roman Empire by Charles VI and made a member of the Prussian Academy of Sciences. Most significantly for his business, his reputation and contacts gained him Imperial printing privileges which protected his publications and recommended him to customers. Johann is best known for this Grosser Atlas ueber die ganze Welt, or the Grand Atlas of the World, published in 1716.
After Johann died in 1724, the business passed to his son, Christoph (1703-1730). Upon Christoph’s early death, the company passed to subsequent heirs, with the name of the company changing to Homann Erben, or Homann Heirs. The firm continued operating until 1848. 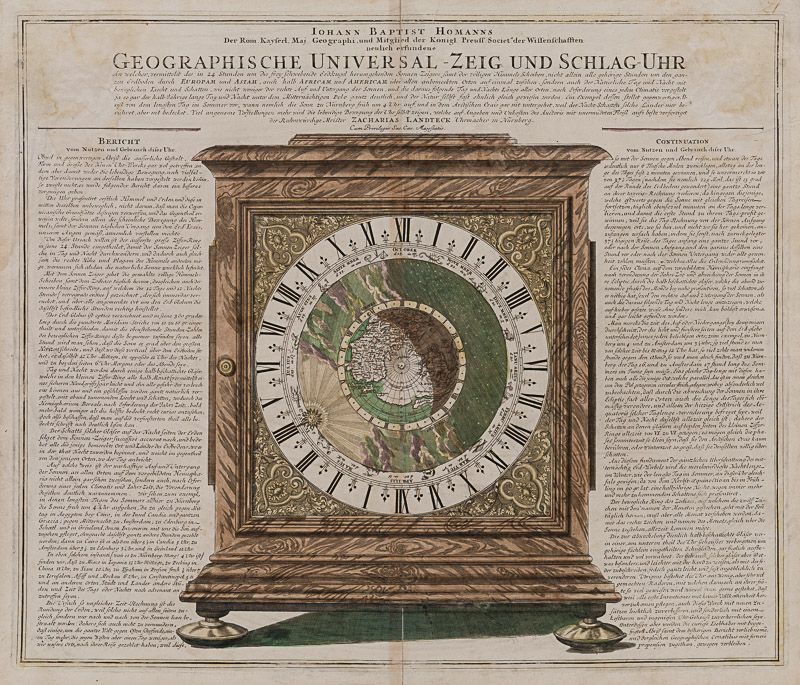 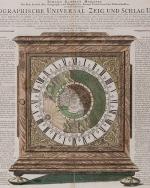