Tallis, Isthmus of Panama with vignettes and illustrations of The Fort of Chagre

Isthmus of Panama with vignettes and illustrations of The Fort of Chagres and Gold Seekers on their way over the Cordilleras [with an engraved Note: ‘The Proposed Railway and Canal communications are coloured’ [in pink]]. 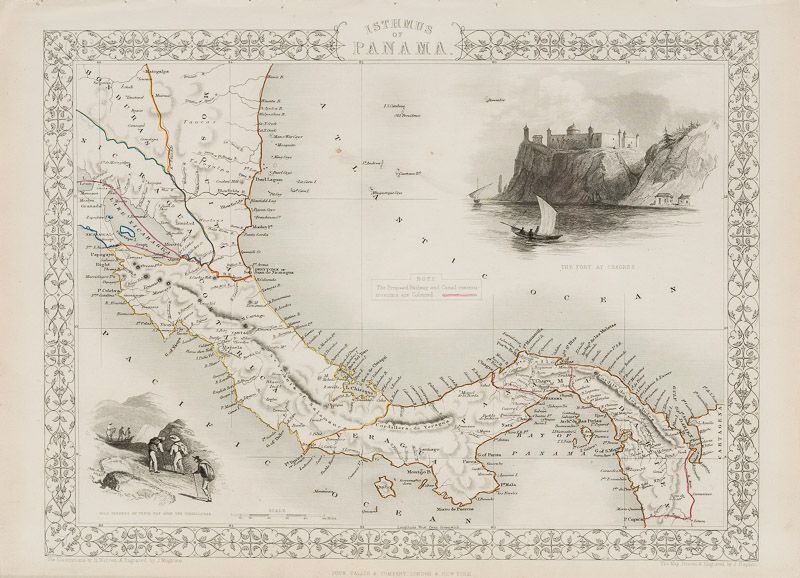