Tallis, Northern Africa with Algeria, Marocco and Tunis and showing the Street o

Northern Africa with Algeria, Marocco and Tunis and showing the Street of Gibraltar with southern Spain – with Vignettes and illustrations of Mogador / Marocco [Marokko] / Constantine [Constantinople / Istanbul] / Algiers / Tunis. 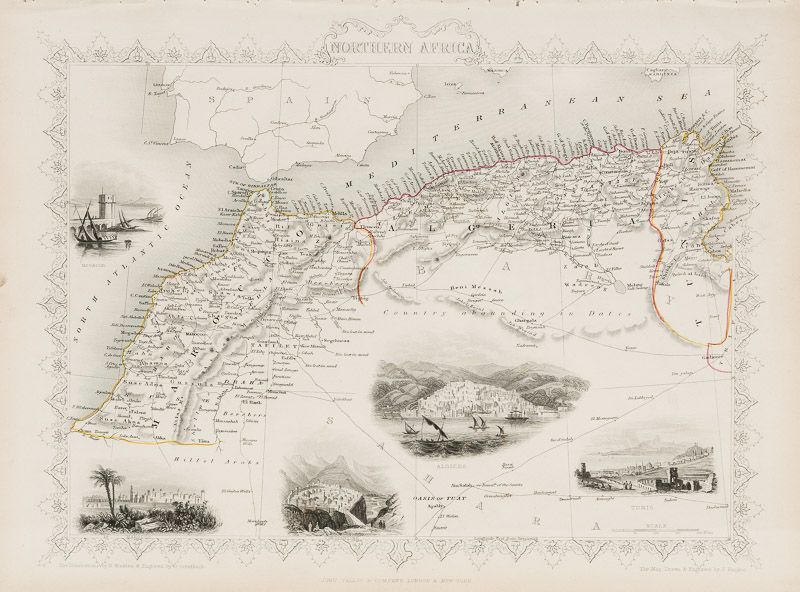