Irish History in the 19th century

Guide to Killarney and Glengariff. With a Map and Six Plates.

New Edition, revised and corrected. Dublin, William Curry, Jun. and Company, 1835. 11 cm x 17 cm. Frontispiece, [4], 130 pages. Hardcover / Original publisher’s cloth with spinelabel and label on frontcover. Some staining to the binding but otherwise firm and with the original endpapers intact. Interior in very good condition besides some pages and illustrations being a little dusty. Few illustrations with faded dampstain. Rare and early publication for the tourist in 19th century Ireland. With name of prewoner in ink on titlepage: “Robert Morrison, Shanakiel, Cork”.

Twilight of the Ascendancy.

London, Constable, 1987. 8°. XVII, 327 pages. Original Hardcover with illustrated dustjacket. Very good condition with only minor signs of wear to the dustjacket. Including the original newspaper-clipping with the obituary of Bence-Jones. 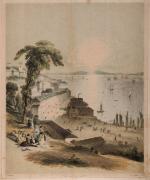 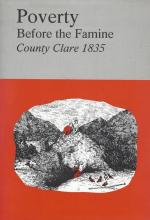 Poverty before the Famine. County Clare 1835 – First report from His Majesty’s Commissioners into the Condition of the Poorer Classes in Ireland ; [edited and indexed by Maureen Comber].

A Genealogical and Heraldic Dictionary of the Landed Gentry of Great Britain and Ireland [Including “An Essay on the Position of British Gentry”].. 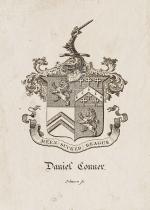 On offer here is a large 18th / 19th century Country House Library from an Irish Country-House-Estate. 200 important and meaningful publications (comprising roughly 500 Volumes), from the stunning 18th & 19th century Irish Country House – Library of Daniel Conner – Alumni of Magdalen College / Oxford University. Daniel Conner and his extended family and relations, resided at Manch House, Dunmanway, West Cork (19th century) as well as in Connerville, Bandon (18th century). [To see each title in this Library photographed and described comprehensively – Please go to our website-section: “Libraries & Collections”]. Inanna Rare Books offers here the professionally documented, c. 200 titles in roughly 500 Volumes, many of them professionally restored and rebound to style by british and german bookbinders. The building and rebuilding of the Conner library is ongoing. Many of the important titles are already listed and photographed in detail on our website (www.inannararebooks.com). This is an unusual possibility to acquire a meaningful, historical Library with publications not only on General History, Classical Literature and Philosophy of Greece and Rome but also Landmark Publications in Philosophy, Economics, Religion, Travel, Irish and English History, Americana, Irish & British History and Constitutional Relations, Legal History and Law Publications of Ireland and England, Poetry and Literature of Women in Literature of 18th and 19th century England, Ireland and Continental Europe. The Conner Library reflects the 18th century enlightenment as well as the 19th century fashion of solitary education in a Country House Library on topics like Literature and Art, History and Travel etc. etc.

200 Titles in c. 500 Volumes. Manch / Bandon, c.1750 – 1880. Octavo. Original Hardcover Volumes or original wrappers. The overall condition of these books is very good or even better, mainly restored and professionally repaired, with some Volumes still at the bookbindery and in process of repair and restoration. The Library will be delivered per International Courier UPS. 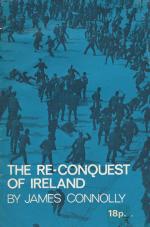 The Re-Conquest of Ireland. With an introduction by A. Raftery.