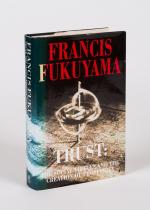 Trust – The Social Virtues and the Creation of Prosperity. 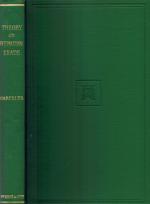 The Theory of International Trade. With its Application to Commercial Polity. Translated from the German by Alfred Stonier and Frederic Benham. 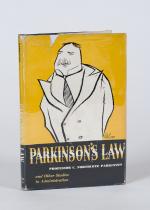 Parkinson’s Law and Other Studies in Administration. Illustrated by Robert C. Osborn.

Sammelband of Writings by Sir Walter Raleigh: Remains of Sir Walter Raleigh : Maxims of State – Advice to his Son : His Son’s Advice to his Father. His Sceptick. Observations concerning the Causes of the Magnificiency and Opulency of Cities. [Separate Titlepage: Sir Walter Raleigh’s Observations touching Trade and Commerce with the Hollander and other Nations; proving that our Sea and Land Commodities inrich and strengthen other Countries against our own. With other Passages of High Concernment – London, Printed for Henry Mortlock at the Phoenix, 1702]. His Letters to divers Persons of Quality. [Separate Titlepage: The Prerogative of Parliaments in England, proved in a Dialogue between a Counsellor of State and a Justice of Peace. London, Printed for Henry Mortlock at the Phoenix, 1702]. With the Addition of some Letters never Printed before.

First Edition. London, Printed for W.Mears, F.Clay and D.Browne, without Temple-Bar, 1702-1726. 9 cm x 16 cm. Frontispiece, [3], 342 pages. Hardcover / Modern half-leather with gilt lettering on spine and paper-covered boards. Restored and recently bound to contemporary, early 18th-century-style by an english masterbinder. Very good condition with only minor signs of external wear. The Frontispiece restored and draped to modern paper. Interior clean and in excellent condition. Extremely scarce publication from the library of Daniel Conner (Connerville / Manch House), even though there is no sign of it like a bookplate etc. 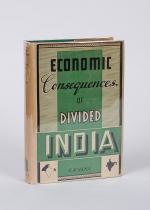 Economic Consequences of Divided India. A study of the Economy of India and Pakistan.