Includes the following chapters: A Dissertation containing the Principles and Authorities upon which the Tables are founded / The Antiquity and Inventors of Money Of the Metals and other Materials that were commonly stamped into Money and of some of the most common Impresses / Of Roman Coins (Of the AS or AES) / Of the Sestertius / Of the Nummus, Denarius and Roman Pondo / Of the Graecian Coins / Of the Jewish Coins in which their weights are likewise considered / Of the Proportion of the Value of Gold to Silver amongst the Ancients and of their their Gold Coins / Of Roman, Greek and Arabian Weights / Roman Weights / Greek Weights / Arabian Weights / Of Measures of Length and Superficial Roman Measures / Of Superficial Measures and some Terms of Husbandry / Greek Measures / Jewish Measures of Length / Of Measures of Capacity for things dry (Roman) / Greek Measures of Capacity / Greek Measures of things dry / The Jewish Measures of Capacity / Jewish Measures for things liquid / The Account of the Hebrew Vessels according to Josephus, taken from Bishop Hooper / Of the Measures of Capacity of the most noted Eastern Nations / A Dissertaion of Roman Money Affairs / Of Roman Estates / Of the Prices of Bread-Corn / Of the Price of Wine / Of the Price of Cattle / Of the Roman Expenses in Eating / Of the Price of Cloaths / Of the Prices of Houses / Of the Price of Land / The Price current of Drugs, as they stood at Rome, most of them in Pliny’s Time per Roman Pound, which is 3/4 of the English Averdupois / Of the Price of Slaves / Of the Prices of Pictures, Statues and other Pieces of Workmanship, of Arts, Professions &c. / Of Plate and Jewels / Of Gaming and Funeral Expences / Of Soldier’s Pay / Of the Donatives given to the Soldiers / Of the Congiaria of the Emperors or Gifts to the People / Of the Revenues of the Roman Empire / Some Observations upon the Grecian Money Affairs / Some Examples of the Application of the Tabels relating to the Money-Affairs of the Jews / Of the Cost of the Temple and the Riches of David and Solomon / Of the Interest of Money / A Dissertation concerning the Navigation of the Ancients / A Dissertation concerning the Doses of Medicines given by Ancient Physicians / A Short Account of the Prescriptions of Celsus / Some Example of the Manner of Prescribing and Doses of Medicines taken from Scribonius Largus / Some Examples of Prescriptions taken out of Marcellus / The Simple Doses of purging Medicines, according to Ruffus Ephesius / The Doses of simple purging Medicines, according to Paulus Aegineta [Paul of Aegina]/ The Doses of compound purging Medicines, from Paulus Aegineta [Paul of Aegina] / Some Instances of the Practice of Aretaeus [Aretaeus Of Cappadocia]//

John Arbuthnot FRS (baptised 29 April 1667 – 27 February 1735), often known simply as Dr Arbuthnot, was a Scottish physician, satirist and polymath in London. He is best remembered for his contributions to mathematics, his membership in the Scriblerus Club (where he inspired both Jonathan Swift’s Gulliver’s Travels book III and Alexander Pope’s Peri Bathous, Or the Art of Sinking in Poetry, Memoirs of Martin Scriblerus, and possibly The Dunciad), and for inventing the figure of John Bull. (Wikipedia) 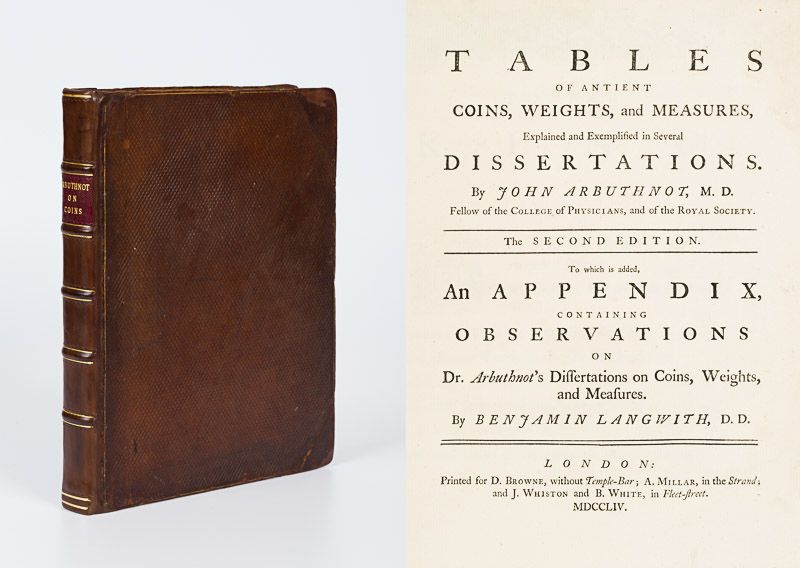 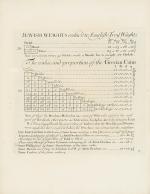 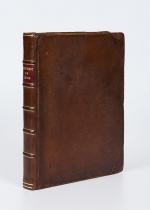 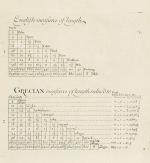