Hingeston, Discourses upon the Divine Covenants - Or, an Enquiry into the Origin

Discourses upon the Divine Covenants – Or, an Enquiry into the Origin and Progress of Religion, Natural and Revealed. Part I [all published plus an Appendix with Dissertations].

Written by Rev. James Hingeston, Vicar of Raydon in Suffolk.
In this unusual, religious-philosophical publication, Hingeston was clearly inspired by the enlightenment. And while in some of his chapters in the first part of the book he is still very much preacher and reflects his Quest for meaning in the “Antideluvian” period and does not hide his gratefulness for God overwhelming “the Race” because mankind must have perished otherwise miserably anyway “by each other’s enormities”; in the second part, his “Dissertations”, he elaborates on the “Causes of the Obscurity of Prophecy” and uses terminology like “Divine Oeconomy” etc.

The publication includes for example the following Discourses: Of the Covenants in general / Of the Covenants of Nature / Of the Covenant of Incorruptibility / Of the several Grants of Food which God hath made to Mankind / Of the Sentence pronounced upon Eve / Of the Change the first Pair underwent: and some further Consequences of their Transgression / Upon the Mortality to which the Race of Mankind was made subject by the Fall / Of the Covenant of Resurrection / Of the Nature of the Faith and Sacrifice of Abel / Of the Corruptions of Mankind before the Flood / The publication includes for example the following Dissertations: Of the Use, and Intent, and Causes of the Obscurity of Prophecy / Of some supposed Causes of the Obscurity of Prophecy / Of the Origin and Sanctions of the Religion of Nature / Upon Exodus, 6, 7 / Upon Ezekiel, Chap. CVIII / Of the two Fundamental Laws of the Religion of Nature, the Law of the Sabbath and the Law of Marriage //

The rare publication received a positive review in 1771 within the contemporary periodical: “Monthly Review, Volume 46” and regarding the last Dissertation, the reviewer writes: “The learned author concludes this Dissertation with a number of just and sensible observations on the Law of Marriage, on Polygamy, and on the Practice of Divorces; which at last, being at this time a fashionable subject, may possibly excite peculiar attention”. 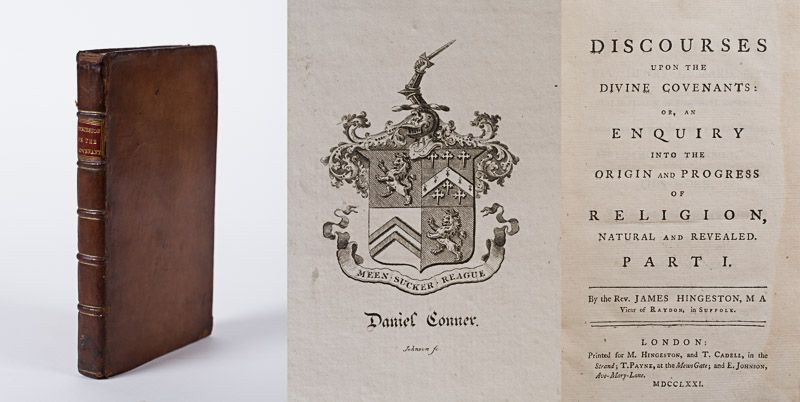 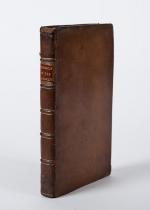 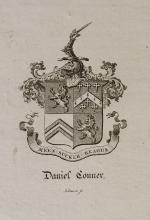