Gatti, Exploring We Would Go.

Exploring We Would Go.

Commander Gatti’s wife writes of her initiation into exploring, with an evaluation of the plus and minus of such kind of life…How she met her husband through lecture agency work and before his divorce had gone through, how she went with him in spite of that when he was commissioned to get okapi in Africa…Hitting London, Paris and his family in Italy for her first foreign traveling, landing in Kenya and building up the expedition for its work, then into the jungle, where her adventures and misadventures proved her the variest greenhorn. There’s fun in her response to new experiences, in learning how to cope with new responsibilities, in adapting herself to new ways of life, from kitchen problems to hunting in the bush, clothing, health and manpower. When Gatti was at last free came the many obstacles to getting married. Two years later came the necessity of return to civilization, with its humorous note a pleasant relief from the routine book of the kind. (Source: Kirkus / Publisher).

Attilio Gatti (b. 1896 – d. 1969) was an Italian explorer, author and film-maker who travelled extensively through Africa in the first half of the 20th century. He is known in documentary circles for his film Siliva the Zulu (1927).
Gatti was among the last great safari expedition men. He led ten expeditions to Africa over a 23-year period prior to 1945. He became one of the Europeans to see the fabled Okapi, and the Bongo, a brown Lyre horned antelope with white stripes. He was an enthusiastic amateur radio operator, his callsign in the Belgian Congo was OQ5ZZ, and tried to operate from the Congo deep inland regions. He knew the Pygmy peoples of the Congo Regions very well. He wrote many books on his expeditions, including Killers All!, The New Africa, Here is Africa, Saranga the Pygmy, Africa is Adventure, Kamanda the African Boy, Great Mother Forest, Mediterranean Spotlights, Here is the Veld, Tom Toms in the Night, and South of the Sahara, (Robert McBride & Company 1945). Gatti’s books contain invaluable anthropological material from his descriptions of the native peoples he met. Gatti also took good photos of Pygmys and Watussi. He met an important female python shaman. He became experienced with African magic and an entire world which has since disappeared. (Wikipedia) 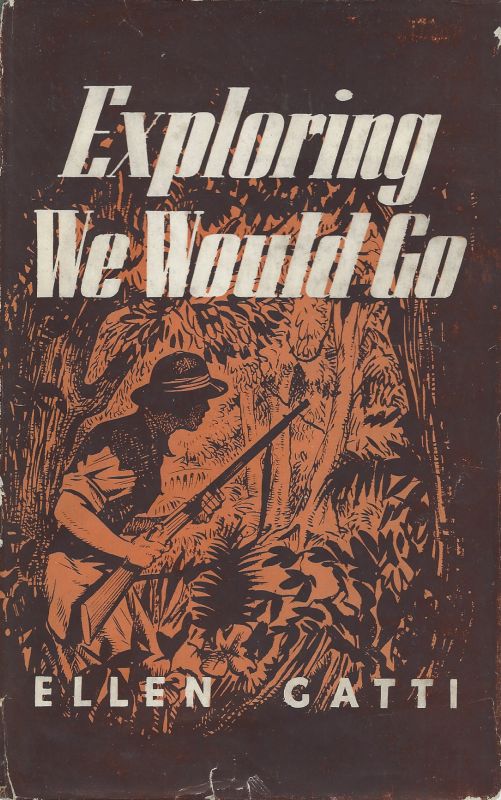