Cork, Collins Press, 2010. 20 cm. 234 pages with illustrations. Softcover. Excellent condition with only minor signs of external wear. From the library of an irish university lecturer and council man, full of the most remarkable newspaper-clippings related to this sectarian episode of irish history.

The Fethard-on-Sea boycott was a controversy involving Sean and Sheila Cloney (née Kelly), a married couple from the village of Fethard-on-Sea, County Wexford, Ireland. It led to a sectarian boycott led by the local Catholic priest of some members of the local Protestant community in 1957.
Sean Cloney, a Catholic, came from Dungulf, a short distance to the north of Fethard-on-Sea while Sheila, a Church of Ireland Protestant, came from Johns Hill in the village itself. They married at an Augustinian church in Hammersmith, London in 1949.
They had three daughters: Mary, Eileen and Hazel, who was born after the controversy.
At the time, non-Catholic spouses of Roman Catholics who wished to be married in the Catholic Church had to agree to bring their children up as Roman Catholics as a result of Ne Temere.
Parish priest Fr. Stafford told Sheila Cloney she had to raise her children as Catholics. Sheila refused, leading to her leaving the town with her daughters. The parish priest organised a boycott of the local Protestant population which was endorsed by Bishop Michael Brown. Sheila Cloney went first to Northern Ireland, then Orkney. Eventually Sean traced her to Orkney, they were reconciled and their daughters were taught at home.
Éamon de Valera condemned the boycott on 4 July 1957 and called for Mrs Cloney to respect her promise and return with her children to her husband. Time magazine coined the term “fethardism” to mean a boycott along religious lines in an article on the events.
A film, A Love Divided, was based on the boycott, though some dramatic licence was taken with some events.
Sean Cloney was one of the people from the area who complained about the behaviour of Father Sean Fortune including abuse and stealing money. Sean had compiled a dossier on the priest including a list of seventy young people who had been in contact with the priest. Fortune left Fethard in 1987, eventually committing suicide while on trial in 1999 for a series of underage sexual predator allegations. (Wikipedia) 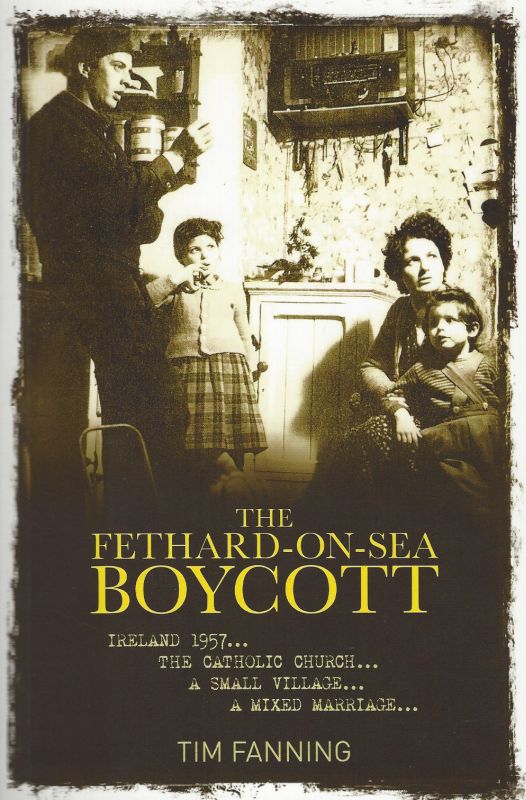