Antheil, Two Toccatas for the Piano.

Two Toccatas for the Piano.

Spending much of the 1920s in Europe, Antheil returned to the US in the 1930s, and thereafter spent much of his time composing music for films, and eventually, television. As a result of this work, his style became more tonal. A man of diverse interests and talents, Antheil was constantly reinventing himself. He wrote magazine articles (one accurately predicted the development and outcome of World War II), an autobiography, a mystery novel, and newspaper and music columns.

In 1941, Antheil and the actress Hedy Lamarr developed a radio guidance system for Allied torpedoes that used a code (stored on a punched paper tape) to synchronise random frequencies, referred to as frequency hopping, with a receiver and transmitter. This technique is now known as spread spectrum and is widely used in telecommunications. This work led to their being inducted into the National Inventors Hall of Fame in 2014. (Wikipedia) 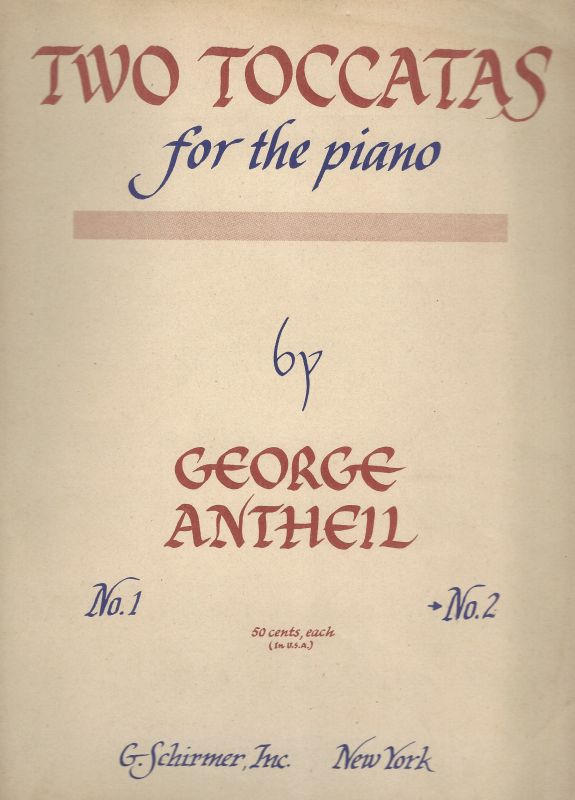