Petherick, Egypt, The Soudan and Central Africa. With Explorations from Khartoum

Egypt, The Soudan and Central Africa. With Explorations from Khartoum on the White Nile to the Regions of the Equator Being Sketches from Sixteen Years’ Travel.

Includes, for example, the following chapters: Mehemet Ali / Habits of the Abadbe Arabs / Khalid Pacha and his Pachalik / Catholic mission at Khartoum / The Hassanyeh / Kordofan and its history / Journey in Dar Hamr / Attack by the Kababish / Habits of the Shillooks / The White Nile / The Djibba tribe / The Neanglau tribe / Victory of Djau / Visit to Madunga / Reception by the Ajack / Arrival at Kurkur / Neam Nam costume and ornaments / Cannibalism / A native elephant hunt etc.

Contains many memorable descriptions of native rituals seen during his travels – suah as those of Sudanese marriage customs and practices (p.141-145), folk-religion of the Sudanese Muslim villagers (p.219-221).

John Petherick, (1813 – 1882, London, Eng.), Welsh trader and explorer who investigated the western tributaries of the Nile River and made zoological and ethnological discoveries in the Sudan and central Africa. He was the first European to encounter the Zande of the northeastern Congo River basin.
Petherick went to Africa in 1845 on a unsucessful search for coal deposits in the interior of Egypt and Sudan and remained in Sudan as an ivory trader. He later transferred his interest to the investigating the tributaries of the Nile that run through southern Sudan, notably the Bahr-al-Ghazal. In 1853 he reached the borders of the Zande nation.
Following the publication of his accounts of his travels, Egypt, the Soudan and Central Africa (1861), the Royal Geographical Society appointed him to meet explorers John H. Speke and James A. Grant on their return from discovering the source of the Nile. While carrying out further explorations in the Zande country, however, Petherick misjudged Speke’s arrival and missed him (Britannica).

Speke later publicly accused Petherick of failing to fulfill his commitment. Speke and members of the white community in Khartoum also accused Petherick of involvement in the slave trade. In this the Europeans may perversely have been motivated by Petherick’s interference in their commercial activities; slavery was deeply entwined with the local economy. Petherick’s own business involved collaboration with slavers; he also made some efforts to disrupt slave trading. Despite or because of the complex reality Earl Russell, then secretary for foreign affairs, abolished the British consulate at Khartoum in 1864. Petherick’s reputation and finances were badly damaged. In 1865 the Pethericks returned to Britain, and in 1869 published Travels in Central Africa and Explorations of the Western Nile Tributaries, in which he set out the details of the Speke controversy (Wikipedia).

A recent biography of Petherick has sought to recover his reputation and place him among the Pantheon of British explorers, arguing that the Welshman “covered more of Africa than even the missionary explorer Livingstone.” [John Humphries ’ Search for the Nile’s Source: The Ruined Reputation of John Petherick (Cardiff: University of Wales Press, 2013)] 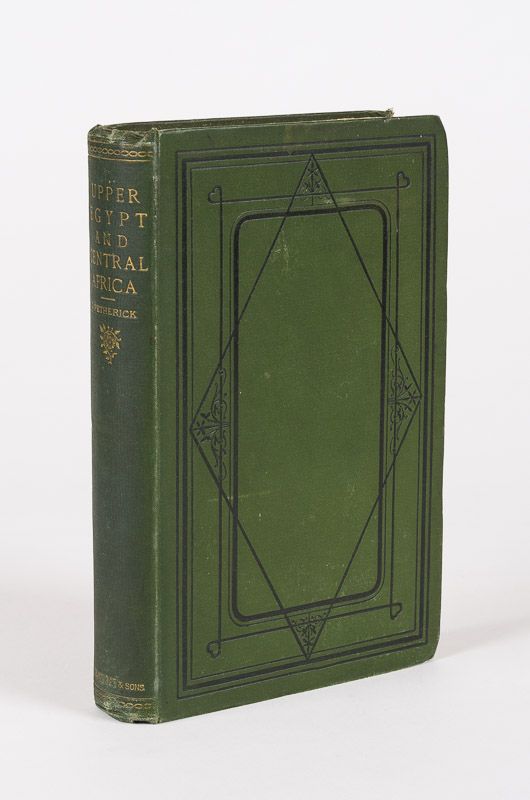