The Mummy, Chapters on Egyptian Funereal Archaeology. With Eighty-Eight Illustrations.

Includes, for example, the following: The History of Egypt / The Rosetta Stone / An Egyptian Funeral / The Book of the Dead / Figures of the Gods / Modern hieroglyphical literature / Mummy, Methods of Mummifying etc.

Sir Ernest Alfred Thompson Wallis Budge (27 July 1857 – 23 November 1934) was an English Egyptologist, Orientalist, and philologist who worked for the British Museum and published numerous works on the ancient Near East. He made a number of trips trips to Egypt and Sudan on behalf of the British Museum to buy antiquities, and helped it build its collection of cuneiform tablets, manuscripts, and papyri. Budge’s prolific and well-planned acquisitions gave the British Museum arguably the best Ancient Near East collections in the world, at a time when European museums were competing to build such collections. He published many books on Egyptology, helping to bring the findings to larger audiences. In 1920, he was knighted for his service to Egyptology and the British Museum (Wikipedia). 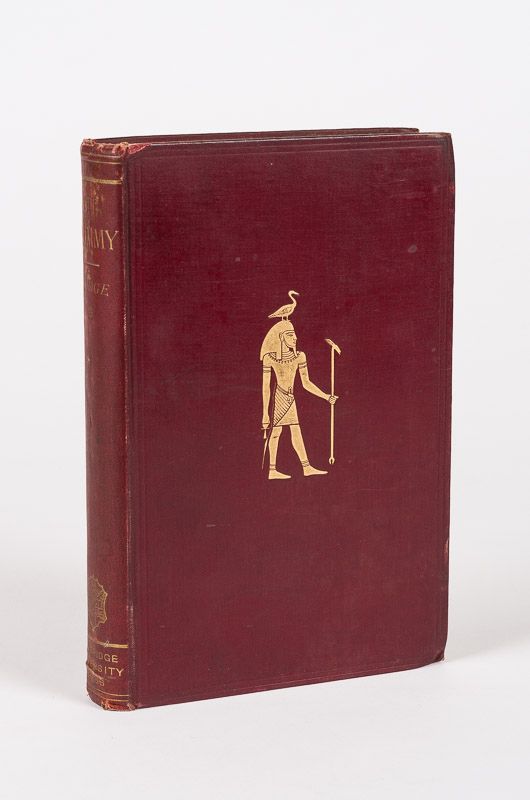