Edwards, The Transvaal in War and Peace.

The Transvaal in War and Peace. With Numerous Illustrations.

Iincludes, for example, the following chapters: Early History of the Boers – Who are the Boers? – The Boer War of 1880 – How the finding of gold made the Transvaal, &c. / The Causes That Led Up to the Present War – Persistent Refusal of Franchise – Boer Treatment of Natives – The Jameson Raid, &c. / Kimberley and Cape Town – The Wealth of Kimberley – The Diamond Mines – Formation of De Beers Company – Story of Cecil Rhodes and Barney Barnato, &c. / Pretoria – The Boer Parliament – The Banks and their Boer Customers – Home Life in Pretoria – Prospecting in Swaziland etc / Johannesburg – What the Old Days were Like / Johannesburg’s Gold Mine – The Mining Native and his Ways / Mining Life – Durban and Natal – The Difference British Rule would make – Johannesburg Refugees at Cape Town / Natal and the Eastern Frontier – The Native’s Little Ways – The End of King Cetewayo – Barberton – Discovery of the Sheba Mine / Resources of the Transvaal – The Rush that will follow Conclusion of War / The Transvaal as a Field for Emigration – Cattle Raising – Boer Hospitality, etc.

A richly illustrated contemporaneous account of South Africa during the early stages of the Second Anglo-Boer War (1899-1902). A large number of photographs of South-Africa bound troops (many including names) prior to departure. Of particular focus in this book are the Scottish companies and the City of London Imperial Volunteers. The names and ranks of the members of the latter group are listed at the end of the book.
Troop ships listed include RMS ‘Roslin Castle’, RMS ‘Dunottar Castle’, RMS ‘Lismore Castle’, SS Malta, RMS ‘Braemar Castle’ HMS ‘Powerful’, HMS ‘Terrible’, SS ‘Manila’, and SS ‘Nubia.’

The Afrikaners/Boers are not spared by the author. The Boer, we are told, “likes a solitary life, he feels stifled and crowded out there if there is another farm within sight of his own in the boundless prairies of the veld around him. He prefers only such laws as he can carry under his arm in the shape of a rifle-barrel, and takes to war as a duck to water.” (p.4)
″The life of a Boer family under such circumstances, swallowed up in the immensity of the eternal veld, cut off from all books, all education, and all contact with the great outside world, must have been awful in its cramping and narrowness and ignorance. Consequently there is much to be said in excuse for the Boer, when we laugh at his ignornace or are irritated with his obstinancy.” (p.17)
Gold, and its discovery in the Transvaal, was posited as the root of the crisis. The riches and problems brought forth from the gold (and laterly diamond) mines were all to much for the greedy, backward Boer whose implacable refusal to give equal rights to the foreign population brought to the region by the gold created the current crisis.
Another “old standing difficulty that we have with the Boers” was their “treatment of the coloured population.” These people″have been forced by the Boers to live in locations outside the towns, being thus degraded to the level of animals rather than human beings.” In the same way, Kaffirs are not allowed to walk on the pavement in Johannesburg and Pretoria, being thrown off, arrested and flogged for doing so by the Boer police. After the [Malaboch] war the kindly (?) Boer was filled with astonishment and regret at the number of Kaffir orphans that were left, so these they portioned out as “apprentices” amongst the surrounding farmers. It is a nice word – apprentice – far nicer than slave, but wherein comes the difference between apprenticeship and slavery if you can force anyone to work and do not pay them?” (p.54-56) 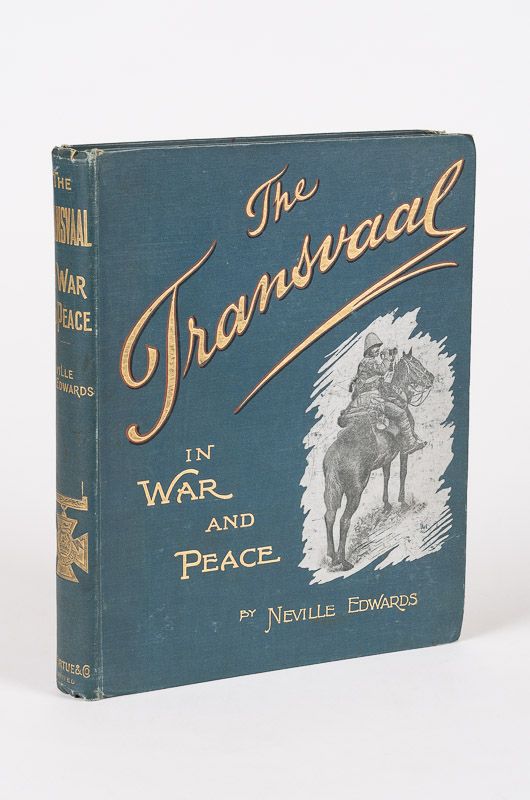