Cloete, The History of the Great Boer Trek.

The History of the Great Boer Trek – And the Origin of the South African Republics. Edited by his Grandson William Brodrick-Cloete.

London, John Murray, 1899. 13cm x 19 cm. XVI, 196 pages. Hardcover [publisher’s original red cloth] with lettering on title label on spine. Very good condition with only minor signs of external wear. This being the copy of Montrose Cloete, with his name on front pastedown (together with the mentioning of one H.J.Asquith).

Includes, for example, the following: The First Boer Rebellion / The Three Great Grievances – Hatred against missionaries – Slavery in Cape Colony – Encroachment by Kafirs – Zulu invasion of Kafirland / Seeking A New Home – The beginning of the trek – Attacked by the Matabelee – Treachery of Dingaan – Disarmament of the Boers – Alliance with Panda / The Boers in Natal – Boer proclamation of supremacy – Their strong republican feeling – Protest against British supremacy – Arrival of military force in Natal – Night Attack on the Boers / Submission to the Crown – Murder by Kafir auxiliarities – Resolutions of the Volksraad – Lord Stanley’s despatch – The blessings of peace etc.

Henry Cloete was the British High Commissioner for Natal, 1843-1844.

The Great Trek was an eastward migration of Dutch-speaking settlers who travelled by wagon trains from the Cape Colony into the interior of modern South Africa from 1836 onwards, seeking to live beyond the Cape’s British colonial administration. The Great Trek resulted from the culmination of tensions between rural descendants of the Cape’s original European settlers, known collectively as Boers, and the British Empire. It was also reflective of an increasingly common trend among individual Boer communities to pursue an isolationist and semi-nomadic lifestyle away from the developing administrative complexities in Cape Town. Boers who took part in the Great Trek identified themselves as Voortrekkers, meaning “pioneers”, “pathfinders” (literally “fore-trekkers”).
The Great Trek led directly to the founding of several autonomous Boer republics, namely the South African Republic (also known simply as the Transvaal), the Orange Free State, and the Natalia Republic. It was also responsible for the displacement of the Northern Ndebele people, and was one of several decisive factors influencing the decline and collapse of the Zulu Empire. (Wikipedia)

Regarding the editor of this book, the grandson of the author Henry Cloete: William Broderick Cloete (1851 – 7 May 1915) was a South African-born British industrialist active in the border zones between Mexico and the United States in the late 19th century. He and Robert Symon, an industrialist from Boston, purchased 1.3 million acres of land between Monterrey and Saltillo, which constituted the only workable railway route between Monterrey and the interior of Mexico. After the Mexican National Construction Company chose to plot the Mexican National Railroad across this land, Symon sold his stake for $60,000 to a group of British investors incorporated as the San Marcos and Pinos company, while Cloete – who gained an additional advantage from land ownership, since the railway would access several mines he owned – retained his stake, eventually becoming a director of the new company. On 18 July 1902 he married Violet Kate Henley, the daughter of Joseph Arthur Henley; they maintained a residence in Hare Park outside London.

Cloete is also noted for his belief in the legend of the Lost Nigger Gold Mine; he offered Lock Campbell, a Texan man, expenses of $10,000 if he would undertake an expedition to find it. On 19 July 1899, Campbell and four other men signed an agreement to search for it, and one of the men later claimed to have discovered it in the Ladrones Mountains in New Mexico, but this was never verified. He died in the Sinking of the RMS Lusitania on 7 May 1915, but his body was never identified. (Wikipedia) 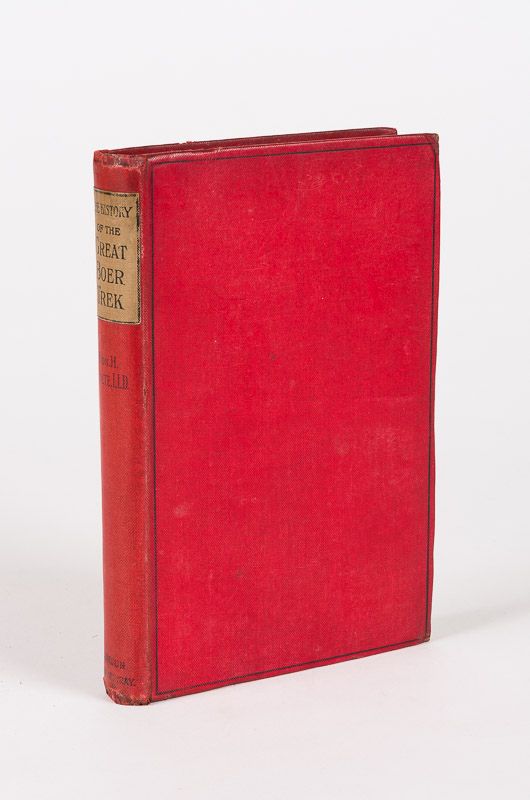