Baker, The Nile Tributaries of Abyssinia and the Sword Hunters of the Hamran Ara

The Nile Tributaries of Abyssinia and the Sword Hunters of the Hamran Arabs. With Illustrations and Maps.

Includes, for example, the following: The Nubian Desert / The Cairo Dragoman Mahomet / The Arab’s Prayers / The Parent of Egypt / The Arab Woman’s Headdress / Nomadic Habits of the Arabs / Religion of the Arabs / Arab Music / Follow a Herd of Elephants / The Lion Finds the Buffalo / Mineral Wealth of Abyssinia / Arrival at the Bahr Salaam / Arrive at Atbara / The River Rahad / Climate of the Soudan / Prepare to discover the White Nile Source etc.

Baker (1821-1893) was a British explorer, naturalist, and big game hunter, chiefly remembered for his exploration of central Africa and the “discovery” of the Albert N’yanza (Lake Albert), the source of the Nile River. He won the Royal Geographical Society’s gold medal, elected a Fellow of the Royal Society, and given a Knighthood for this discovery. He was a friend of King Edward VII, who as Prince of Wales, visited Baker with Queen Alexandra in Egypt. Other friendships were with explorers Henry Morton Stanley, Roderick Murchison, John H. Speke and James A. Grant, with the ruler of Egypt Pasha Ismail The Magnificent, Major-General Charles George Gordon and Maharaja Duleep Singh. (Wikipedia)
Other than his exploration works, Baker is remembered for fighting slavery alongside his wife Florence, whom he had rescued from a slave merchant in Bulgaria. Florence accompanied Samuel on all his expeditions “She was no screamer” Samuel proudly boasted and called her “his good little officer”. She was very competent in arranging his entire domestic needs while they were travelling. (‘Sir Samuel Baker 2005’ Newton Abbot Town and GWR Museum website)
Baker was also a prolific writer and published many popular accounts of his adventures.
In this volume Baker traces his discovery of the sources of the lower Nile in the Atbara River and the Blue Nile in Abyssinia (present day Ethiopia and Somalia). The Bakers’ discovery of the Albert N’yanza, the origin of the Nile, was one of the most significant discoveries of the 19th century and certainly the most important of Baker’s long and illustrious career. Later on he was employed by the Khedive of Egypt to lead an expedition to stamp out the regional slave trade.
The importance of the debate over the source of the Nile, combined with Baker’s very readable writing style, made his books enormously popular, with the result that they were reprinted a great many times over the following years and decades. 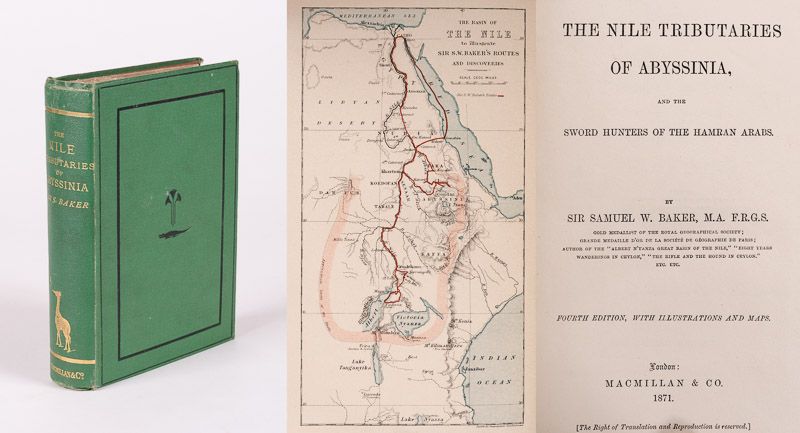 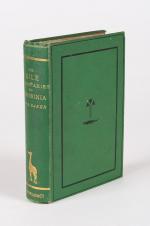 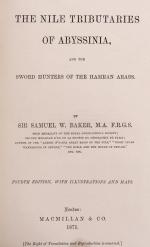 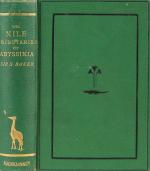