Burton, First Footsteps in East Africa, or An Exploration of Harar.

First Footsteps in East Africa, or An Exploration of Harar. Two Volumes Bound as One.

Volume One includes, for example, the following: Preface to the Memorial Edition / Preface to the First Edition / Deaprture from Aden / Life in Zayla / The Somal, their Origin and Peculiarities / From the Marar Prairie to Harar / Ten Days at Harar etc
Volume Two includes, for example, the following: A Ride to Berberah / Berberah and its Environs / Lieutenant Speke’s Diary / Grammatical Outline and Vocabulary of the Harari Language / Lieutenant Herne’s Meterological Oberservations / On Infibulation (omitted) / Accounted of Lieutenant Barke’s Attempt to reach Harar etc.

Sir Richard Francis Burton KCMG FRGS (19 March 1821 – 20 October 1890) was a British explorer, geographer, translator, writer, soldier, orientalist, cartographer, ethnologist, spy, linguist, poet, fencer, and diplomat. He was famed for his travels and explorations in Asia, Africa and the Americas, as well as his extraordinary knowledge of languages and cultures. According to one count, he spoke 29 European, Asian and African languages.
Burton’s best-known achievements include: a well-documented journey to Mecca in disguise, at a time when Europeans were forbidden access on pain of death; He published 43 volumes on his explorations and almost 30 volumes of translations – including an unexpurgated translation of One Thousand and One Nights (commonly called The Arabian Nights in English after early translations of Antoine Galland’s French version); the publication of the Kama Sutra in English; a translation of The Perfumed Garden, the Arab Kama Sutra; and a journey with John Hanning Speke as the first Europeans to visit the Great Lakes of Africa in search of the source of the Nile. (Source: Wikipedia) 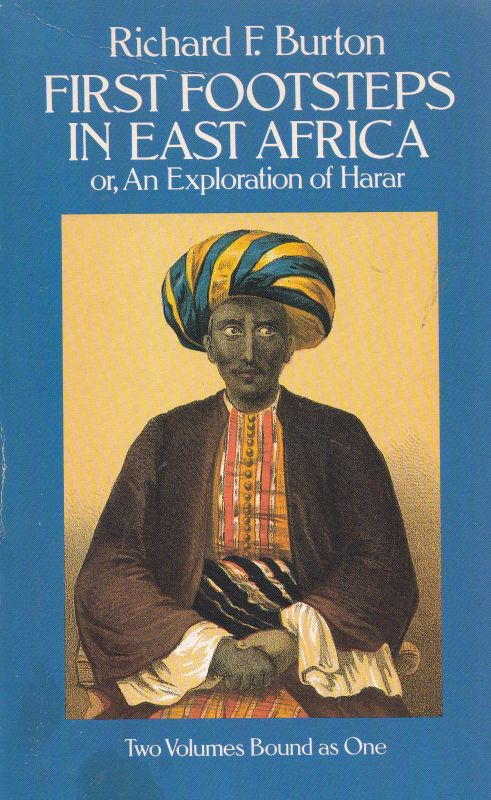