Antwerp, Mercatorfonds, 1969. 26 cm x 34 cm. Portrait frontispiece, 233 pages. 97 paintings, 28 drawings and 6 plates. Some fold-out illustrations. Hardcover [publisher’s original brown buckram boards] with gilt lettering on white spine. Gilt design on front board. Pastedowns and endpapers beautifully illustrated with rustic scenes. Very good condition with only minor signs of external wear. Interior is in excellent condition that allows for the proper consideration of the lavishly produced and stunningly presented illustrations, many of which are tipped-in.

Includes, for example, the following: Preface by Felix Timmermans / Foreword / The Sources / The Century – A Teeming World – The Century of the Hapsburg / The Man – Myth and History -The Heart and the Spirit – The Eye and the Hand / Chronological Table / General Bibliography / List of Illustrations.

Published by the Fonds Mercator, Antwerp, on the occassion of the 400th anniversary of the Death of Peter Buegel The Elder, under the auspices of the Banque de Paris et Des Pays-Bas Belgium, the present book has been composed in monophoto bembo 16-body and came on June 1969 off the press of the Saint Augustine Printshop, in Bruges, on special fidelith 2 paper manufactured by the photogravure de Schutter, Antwerp. The lay-out is by L. Van Den Eede. The binding is by the Saint Augustine shop. This work is published simultaneously in French, Dutch and German. The present version in English is by M. Haakon Chevalier.

Pieter Bruegel the Elder (c.1525–1530 – 9 September 1569) was the most significant artist of Dutch and Flemish Renaissance painting, a painter and printmaker from Brabant, known for his landscapes and peasant scenes (so-called genre painting); he was a pioneer in making both types of subject the focus in large paintings.
He was a formative influence on Dutch Golden Age painting and later painting in general in his innovative choices of subject matter, as one of the first generation of artists to grow up when religious subjects had ceased to be the natural subject matter of painting. He also painted no portraits, the other mainstay of Netherlandish art. After his training and travels to Italy, he returned in 1555 to settle in Antwerp, where he worked mainly as a prolific designer of prints for the leading publisher of the day. Only towards the end of the decade did he switch to make painting his main medium, and all his famous paintings come from the following period of little more than a decade before his early death, when he was probably in his early forties, and at the height of his powers.
As well as looking forwards, his art reinvigorates medieval subjects such as marginal drolleries of ordinary life in illuminated manuscripts, and the calendar scenes of agricultural labours set in landscape backgrounds, and puts these on a much larger scale than before, and in the expensive medium of oil painting. He does the same with the fantastic and anarchic world developed in Renaissance prints and book illustrations.
He is sometimes referred to as “Peasant Bruegel”, to distinguish him from the many later painters in his family, including his son Pieter Brueghel the Younger (1564–1638). From 1559, he dropped the ‘h’ from his name and signed his paintings as Bruegel; his relatives continued to use “Brueghel” or “Breughel”.
(source: Wikipedia) 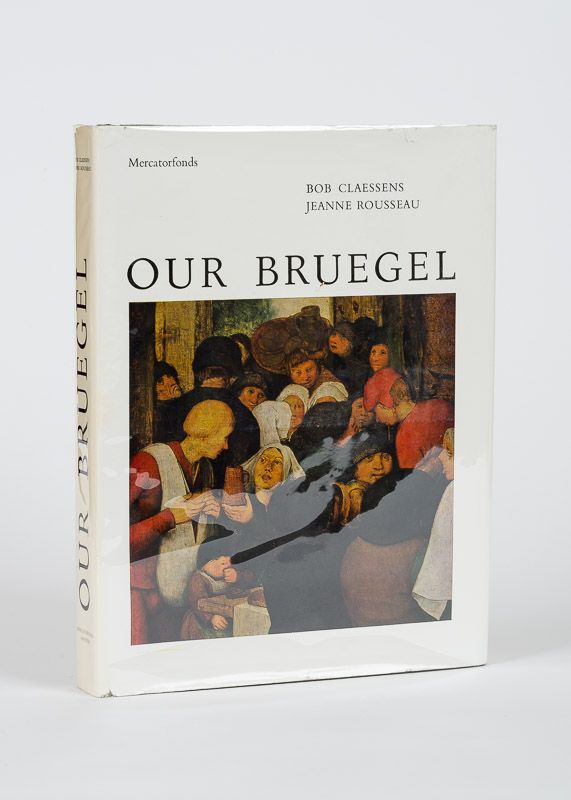